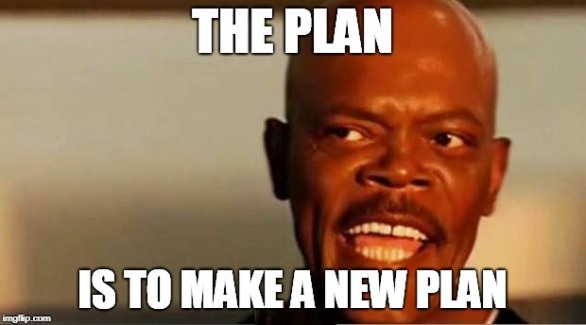 I’ve got one more kick at the can.

I’m a long-standing lover of New Year’s resolutions, and this year, aside from just setting some—which is the easy part—I decided to perform regular progress assessments in order to course correct as needed to help boost my likelihood of achieving success.

With the year now quickly drawing to a close, this final progress assessment will help reveal which of my resolutions require a final push toward completion, and which, inevitably, will rear their heads again in 2019.

My resolutions for 2018 include the following:

Assessment: Once again, this resolution is progressing more or less on track, as it has been for the entire year.

Not all group members (myself included) are currently submitting chapters for weekly review, as we instead focus on rewrites.  Because of this, neither has the group had a face-to-face meeting since before summer.  Additionally, I don’t feel like the chapter-a-week format is quite working for me anymore.

However, as a resource available for getting feedback on our work, the group is still functioning, regardless of whatever changes in format might be forthcoming.

Assessment: With so many parts of my WIP having been revised and rewritten to differing degrees, I don’t even know what draft I’m technically on anymore.

While preparing to enter Pitch Wars in August, I rewrote my first seven (now six) chapters, thus effectively creating the start of draft 7. 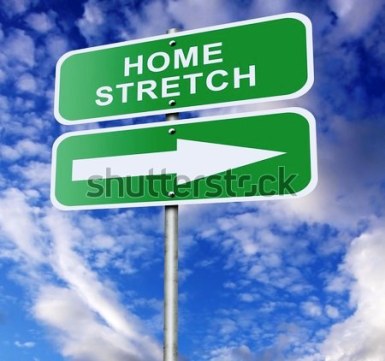 Back in July, I was in the process of rewriting the first part of draft 5’s second act (draft 5.2 I was calling it since it had yet to be read by my critique group).  I’m now rewriting this section again in response to group feedback, which technically makes for draft 6 of this portion.

Meanwhile, I haven’t looked at the latter part of Act II and Act III in almost a year, let alone submitted it to my group.  It thus stolidly remains part of draft 5.

For simplicity’s sake, I’m calling the whole thing draft 7 now.  Regardless of what I call it, though, the fact remains that it’s still not done.

Solution: Admittedly, the rewrite (re-rewrite) of the first part of Act II is proving challenging.  I need to include more tension and more danger to the protagonist while at the same time cutting eight chapters down to about five.

But on the whole, my incomplete draft is not really a problem in need of fixing.  I’m constantly working on my WIP and need to just allow my progress to happen in its normal course.

Which at this point will clearly continue into 2019.

3) Make a decision about going back to school

Assessment: By July’s assessment, I’d already learned I wasn’t accepted into the program I applied for.  The decision of whether to actually go back to school (vs. deferring admission) was thus rendered moot.

In my opinion, this still counts as having achieved this goal, for I did everything within my control in support of it.

Come December 31, I’ll have to decide if I want to reprise this resolution for 2019, or else abandon (or postpone) the whole endeavor.

4) Devise more of the plot of my next novel, as informed by more research into ancient Greece

Assessment: Without question, this has been my most challenging resolution for 2018.  Not because it’s inherently difficult, but rather because various deadlines throughout the year, both personal and professional, prevented me from making proper use of my time to fit it in. 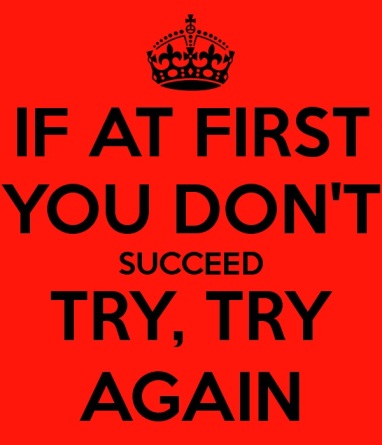 During the last couple of months I made ~some~ progress—namely, I started listening to a Greek history podcast, although I’ve yet to reach the period of history that will feature in my novel (the Classical period).  And again, I haven’t prioritized getting to the correct period of history.

I have no shortage of tasks to keep me busy in my writing life.  However, I’d be lying if I didn’t admit that my shortfall in this resolution is partly due to insecurity over my ability to do this project justice.

Solution: With six weeks still left in the year, I can still make something happen with this resolution, for all that, without a doubt, I’ll be repeating this goal in 2019.

I have a couple of fairly short books on ancient Greece (one a scholarly reference, the other a graphic novel, both under 200 pages) that I’m going to challenge myself to get through at least one of these—if not both—before December 31 during my Christmas vacation.

I also have a plan for freeing up more time for research in the New Year that I’ll discuss in next week’s post.

However, this resolution more than any other is the one where my mental game is the biggest thing holding me back.

I really need to stop doubting my abilities and to embrace the mindset of growth and abundance that comes from pursuing a task that’s a step beyond the things you already know you can do.

I also need to keep reminding myself that a crappy book can always be fixed.  Nothing can be done either for or with a book that doesn’t actually exist.

Assessment: Back in July, I declared this one mostly achieved.  In a sense this is true, at least with regards to my personal life: I’ve cut back on unnecessary time commitments and try to group necessary tasks to give myself larger blocks of free time.

At work, however, things have been … busy.  I have two different roles in my organization.  One of these I just took on in March, yet it has largely lain fallow for most of the year during a period of transition at the company’s executive level.

It was only this past October where both of my roles required my attention, both becoming overly busy at the exact same time.

In the first two weeks of October alone, I racked up 31 hours of overtime.

Solution: Thirty-one hours of overtime is definitely excessive, however there were other staffing challenges that contributed to this.  In addition, as I become more skilled at my secondary role, my efficiency is sure to increase.

Other than that, my sleep seems to be as good as it’s going to get, my year-long attempt to get eight hours a night continually foiled by my body’s ungrateful refusal to remain asleep for any longer than seven.

These days, with it darker earlier and later at night and in the morning, I’ve decreased my bed time by half an hour, now retiring at 11:00pm and waking in advance of my 6:30am alarm.

I’ve done all I can think to do with this resolution for the time being.  If I decide at all to continue pursuing this in 2019, it will more so be a matter of maintaining what I’ve managed to achieve.

Assessment: As I conceded in July, I have utterly failed at this one.  This isn’t the first time I’ve attempted it, and I’ve already decided that it won’t be the last.

Solution: In preparation for next year, I need to explore whether there are some journaling apps or other innovative formats I can obtain or create to help make the practice of marking my accomplishments more habitual.

Perhaps I should post a monthly update on this blog.  Public accountability—and the associated fear of public humiliation—are often very powerful motivators.

How did your New Year’s Resolutions go?  Do you plan to try, try again at any of them next year?