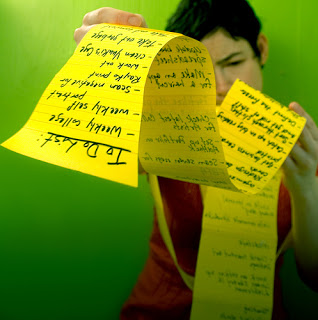 I remember during the final days of 2015 telling a friend the following:

To be honest, I’m not even sure what data I was basing that assessment on.  When I think of recent even-numbered years, no especially noteworthy occurrences immediately spring to mind.

Of course, much of that is owing to my general failure to keep track of noteworthy events.  But I’ll come back to that point.

At the same time, in my personal life, 2017 was a year where lots of good things happened.

Admittedly, I can’t remember a lot of them—again due to my failure to keep track of—or spend much time reflecting on—big events.  But again, I’ll come back to this.

Still, I spent an awfully large part of 2017 accomplishing things.

As is my custom for New Year’s, I came up with a series of New Year’s resolutions for 2017.

For years, I had a solid run of resolution success.

This was then followed by a more recent run of resolution failure, whereby everything I tried to get done ended (or didn’t end, as it were) with a degree of disappointment.

2017, however, was different.  I achieved my goals and then some.

I resolved to complete the second draft of my WIP.  In truth, I only had four chapters of this left and thus gave myself only until the end of February.

I didn’t make the February deadline.  But I more than made up for this by eventually finishing not just draft 2, but drafts 3, 4, and the first four chapters of draft 5, three out of four of these chapters being completely rewritten.

I resolved to make a decision about going back to school.

I did one better and actually submitted an application, carrying out all the related work associated with this, including meeting with the graduate admin assistant to discuss program options, obtaining official transcripts from past institutions I’ve attended, answering the application questions of intent, updating my CV, and securing letters of recommendation from three professional references.

(Ironically, despite having gone through this process, I can’t truly claim to have “made a decision” on going back to school.  Only when (if?) my application is accepted will I decide if I really—really—want to be a student again.)

I resolved to devise the plot of my next novel as informed through continued research into ancient Greece.  This one was a bit of a two-parter, worded sneakily enough for me to still claim success.

I did continue researching ancient Greece, not just through my penchant for acquiring more reference books, but by also reading three of them.

And while I didn’t devise the plot of my entire next novel, I did manage to map out the first four chapters start to finish, to take down a number of ideas for later chapters, and to complete a number of character profiles.  All of which is considerably more than I truly expected of this stretch goal of mine.

And finally, I resolved to form a critique group to help me make further revisions to my WIP.

I didn’t know it at the time, but of all of them, this goal was the real dark horse among them.  The one that, all things considered, would entail the greatest hustle.

Even though it took almost the entire year, I’ve come to consider the fulfillment of this goal as my greatest victory of 2017.

But as I’ve promised more than a few times already on this blog, I’ll write all about this in a future post.

The once and future year

I don’t even know what that means anymore, especially with the world such as it is now.  I don’t think I ever really did.

Regardless, I am still setting goals for myself with every intention to revive my streak of New Year’s successes.

Initially, I planned to set a series of resolutions not much different from those of 2017:

For I do plan to accomplish all of these things in 2018.

However, as 2017 was winding down, I realized there are two other things that I need to do in 2018 that are equally, if not more, important than all of the above:

Firstly, I need to start keeping a list of noteworthy things that I accomplish throughout the year.  Because with all the work I did last year, it’s truly a shame that I remember accomplishing little more than these four resolutions.

Yet reading back on the bit I did capture was super interesting, and makes me excited to actually do this for an entire year.

(The secret to my success this time will be Evernote, which I have on both my phone and my iPad.  This will allow me to make entries wherever I am as soon as they occur to me, rather than have to wait until I’m back at my computer and in that time possibly forgetting.)

The second thing is a follow-up to the first point, because maybe the reason I can’t remember much of what I did is because I worked myself into oblivion.

I need to find a way to do all the things I want and need to, yet not be doing constantly, every available moment of every day:

HAPPY NEW YEAR! My favourite time of year. Looking back at 2017, I worked my ass off, accomplished a lot, but lost the ability to relax along the way. 2018 will be all about better balance. Not every idle 15 minutes needs to be maximized. Life, like a good story, needs pacing.

But this too will be the topic of another post.