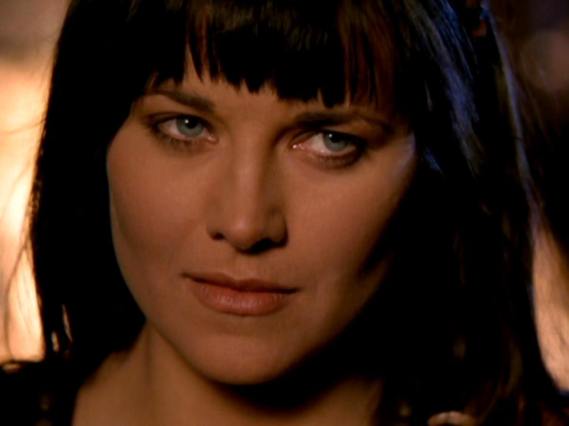 A few weeks ago, I wrote about warrior woman characters and whether they helped or hindered the ongoing struggle for women’s equality in real life.

Having concluded that such characters do indeed benefit women and society, I can now happily share my top favourite warrior women characters who aren’t named Xena.

I have to include the stipulation of “not named Xena” because Xena is, in my opinion, the greatest warrior woman character there is.

She’s an extremely well-rounded character – one who is both strong and sensitive, both physically attractive and physically imposing, and who has, as she’s fond of reporting, “many skills”, a number of which are traditionally feminine and no less impressive than her ability to kick some serious butt.

But I’ve written before about my love of Xena to the point of bordering on obsession.  Fortunately, even when she’s removed from the running, there are a number of other warrior women characters that I also adore.

I’ve enjoyed the warrior woman trope since childhood.  As such, these additional characters form something of a progression in my life, revealing what factors have been most important to me in the media I consume as I’ve continued to age.

My top five favourites (excluding Xena) in order of my age when I first came to love them, include the following:

She-Ra, the Princess of Power 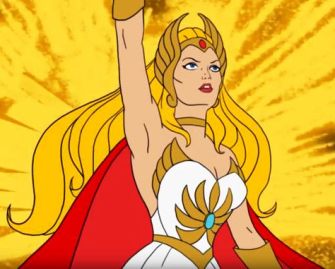 She-Ra has the honour of being the first female warrior I ever loved, and also the first one I ever dressed up as for Halloween, somewhere around age 7 or 8.

She-Ra is the titular character from the 1985 cartoon She-Ra: Princess of Power, which was a spin-off from He-Man and the Masters of the Universe.  She-Ra, in her everyday alter-ego of Princess Adora, was the twin sister of He-Man’s alter-ego Prince Adam.

I remember very little about this show, having watched it nearly 30 years ago (although I see it’s now available on Netflix, so it might warrant a trip down Nostalgia Lane).  That said, a few key points stick out in my mind:

Alanna of Trebond, the Lioness and King’s Champion of Tortall

An Escape to Adventure

Alanna is the star of a series of middle grade fantasy novels by Tamora Pierce that I read somewhere around age 10.

The first book, entitled Alanna, the First Adventure, tells the story of preteen Alanna of Trebond, who’s about to be sent to a convent to learn to become a lady.

To avoid this fate, she disguises herself as a boy and switches places with her twin brother, who is meant to go to royal palace to train as a knight – a fate Alanna considers far more appealing.

Alanna (masquerading as Alan) proceeds to undergo years of rigours training, first as a page, then a squire before finally becoming a knight.

Again, the specific details are foggy to me (these books are definitely worth a reread), but I clearly recall the entire process was fraught with both external and internal challenges, not the least of which is the ongoing concealment of her sex (particular after puberty).

Alanna makes friends with exotic characters like pirates, priestesses, royalty, mages, and sentient animals.  She journeys to foreign lands, discovers she possesses additional talents besides just with a sword, is adopted as the heir of a baron, and eventually becomes the King’s Champion for the prince she had as a lover during their youth.

Her life is grand adventure that doesn’t end when she marries a long-time friend and gives birth to three children.  She has a fiery personality, swears like a guardsman, and is equally comfortable consorting among pirates, soldiers, and thieves as princes other highborn knights.

Fa Mulan, the Hero of China

To date, my most significant exposure to this legendary character from an ancient Chinese poem was from the 1998 Disney cartoon.  I look forward to this fact changing with the release of the Mulan live-action movie that’s in the works.

Much like Alanna, Mulan became a warrior by masquerading as a boy.  In the Disney cartoon, her motivation for doing so is to take the place of her elderly father under a conscription order.  Her father had no sons and would’ve surely perished in the war against China’s invaders.

In addition, Mulan is shown to be a poor fit for the traditional life of a woman during that period in history.

The thing I like most about Mulan is her ingenuity and adaptability.  She is the first among her fellow recruits to recognize that size and brute strength aren’t always what makes an effective warrior.

She’s also shown to look at the bigger picture – to look beyond the enemy literally bearing down upon her – and to come up with solutions that disrupt the enemy as a whole.

In the cartoon, once her true sex is revealed, she embraces her warrior feminine side in addition to her warrior masculine side, thereby subverting the concepts of masculinity, femininity, and traditional gender roles.

Mulan is also a very well-rounded character, of which her warrior abilities is but a single aspect.  She’s also devoted to her family, her ancestors, her friends, her country, and further finds romantic love.

Varia, Queen of the Amazons 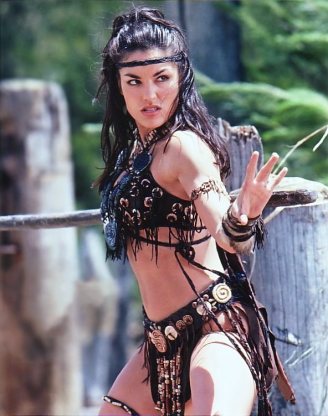 Taking Vengeance Against the Patriarchy

In not allowing myself to include Xena herself in this list, I’d nonetheless be remiss if I didn’t include someone from a show full of so many fighting women.

Varia is one of many Amazon queens presented over the six seasons of Xena Warrior Princess.  She is, however, the one who reigns the longest while the Amazon nation is in a state of decline following the rise of the Roman Empire and their active destruction of the Amazons.

The fact of this decline has a huge influence on Varia’s personality.  She is determined to deliver the Amazons from the Roman threat and see them returned to their former glory, by any means necessary – even through treachery against one to benefit the many.

Young, full of rage, at times misguided, and with a strike-first-ask-questions-later style of battle, Varia’s fighting skills rival those of Xena herself for all that, unlike Xena, she’s still very much driven by her emotions.  This often leads Varia to take unnecessary risks, which is something Xena tries to cure her of by taking her under her wing for a while.

This helps a little, but Varia remains passionate and virtually unstoppable.  She actually bests Xena in a battle to the death at one point, which Xena only survives due to Varia’s change of heart at the last possible moment.

Had Xena Warrior Princess continued past six seasons, Varia and her personal journey would have been a worthy successor to that of Xena. 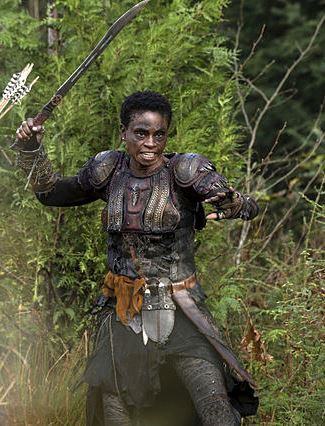 Indra is a recurring character on The 100, which is yet another show I love and have had a few things to say about.

Indra is the chief of Tondc – the post-apocalyptic remains of Washington, DC – following a nuclear holocaust that destroyed modern civilization on Earth 97 years earlier.

She is also part of Trikru (the Tree People) clan, which is one of 12 tribes of warring “Grounders” whose members are descended from those who survived the nuclear apocalypse on Earth. (The rest of the survivors escaped into space where they lived in orbit on a series of space stations.)

Indra is the first black swordswoman I’ve ever seen in a meaningful role on TV.  She is a fearsome and fearless military leader, wholly devoted to the Grounder code of “Blood must have blood”.

At the same time, she is grudgingly amenable to more diplomatic efforts of both Lexa, the broadminded leader of all the Grounders, and Kane, the chancellor of Skaikru (the Sky People, i.e. the survivors who came down from orbit and seek to make peace with the Grounders).

Indra’s openness and strong code of honour leads her cross cultural barriers and take a Skaikru apprentice, who she trains to be a Grounder warrior.

She also serves as an unofficial liaison between Trikru and Skaikru, often entering into secret intrigue with Kane (usually without her leaders’ permission or knowledge) for the benefit of both their peoples.

In doing so, Indra proves herself more suited to politics than she’d probably ever recognize or acknowledge.  She also proves that the sword isn’t the only way to solve a problem.

Do you like warrior woman characters?  Do you have a favourite one?  Let me know in the comments.