Suspense, as a concept, is something I’m pretty sure all writers comprehend.

“A state or feeling of excited or anxious uncertainty about what may happen.” (Source: Google.)

After all, most writers begin their journey as a reader, and most readers love the thrill of a story unfolding – of experiencing every reversal and triumph that befall the characters as the plot moves along its way toward an as-yet unforeseen conclusion.

True, some readers do read the very last page of the book first – perhaps to ensure the story will have a happy ending.  However a last page really doesn’t convey much when taken out of context of all that comes before it, so even such a reader will be forced to weather the ebbs and flows of a storyline in the sequence in which they occur.

As a reader myself, however, it occurred to me recently that there are actually two types of suspense in storytelling.  Taken in turn, each type produces the following reaction in my head:

END_OF_DOCUMENT_TOKEN_TO_BE_REPLACED 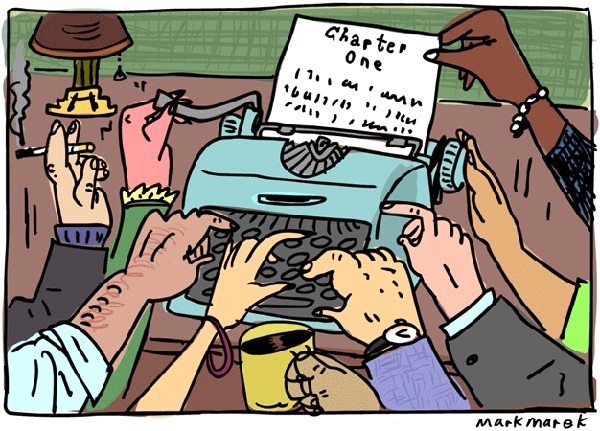 Me: I actually kind of hate it.

And unlike stories told in present tense, which I also don’t like but am willing to tolerate, I’ve definitely been known to pass over books written from multiple points of view, particularly those with the proverbial “cast of thousands” in which every character has their say

Case in point: everything after A Game of Thrones in George R.R. Martin’s Song of Ice and Fire series.

(Changing viewpoint characters isn’t the only reason I bailed on the series: Martin also has the unfortunate habit of killing off main characters with homicidal regularity.  Which, it could be argued, is a further manifestation of the books’ revolving door of POVs.)

It may well be that the reason I’m not reading so many books with multiple viewpoint characters anymore is because I’ve largely given up on the genre where it’s a near-ubiquitous storytelling element: epic fantasy.

Multiple viewpoints are found in other genres as well: pretty much every genre I’ve ever read in my life (which is to say, every genre) has its contenders.  Indeed, multiple POVs is probably the more common way the tell a story as compared to a single viewpoint character.

But that single, narrating character is my preference both in reading and in writing, for two main reasons: