Me: I actually kind of hate it.

And unlike stories told in present tense, which I also don’t like but am willing to tolerate, I’ve definitely been known to pass over books written from multiple points of view, particularly those with the proverbial “cast of thousands” in which every character has their say

Case in point: everything after A Game of Thrones in George R.R. Martin’s Song of Ice and Fire series.

(Changing viewpoint characters isn’t the only reason I bailed on the series: Martin also has the unfortunate habit of killing off main characters with homicidal regularity.  Which, it could be argued, is a further manifestation of the books’ revolving door of POVs.)

It may well be that the reason I’m not reading so many books with multiple viewpoint characters anymore is because I’ve largely given up on the genre where it’s a near-ubiquitous storytelling element: epic fantasy.

Multiple viewpoints are found in other genres as well: pretty much every genre I’ve ever read in my life (which is to say, every genre) has its contenders.  Indeed, multiple POVs is probably the more common way the tell a story as compared to a single viewpoint character.

But that single, narrating character is my preference both in reading and in writing, for two main reasons:

The first reason is because I don’t like all characters equally.  Some characters I don’t really like at all, and have zero interest in spending time with them.

Not all characters are created equally.  Some are intensely interesting and compelling – the drivers of the story – who keep me hanging on to everything they say or do.  Characters I could happily read an entire book about.

And then there are other characters: the ones who – the moment the interesting characters find themselves in a pickle, dangling from the edge of a cliff – suddenly appear on the scene (a different scene, that is) and pull the story in an entirely different direction.

These new characters may be fairly interesting and compelling in their own right.  Or they may be spear-carriers, charged with conveying certain information that will eventually impact the original character whenever the storyline finally comes back to him/her (which may not be for many chapters).

In either case, I find it incredibly difficult to care about a new viewpoint character as much as I do the first one I’m introduced to.

Even if s/he is interesting, I’m already emotionally invested in the first character; I only have so much empathy to go around in a given story.  Meanwhile, spear-carriers aren’t meant to be invested in at all, so why am I even being shown his/her perspective as if I should?

The second thing that bothers me about multiple POVs is that, really, I consider it cheating.

I like stories that follow a single POV all the way through because I find them easier to relate to knowing only what the viewpoint character knows, lacking the same information s/he lacks; at times, likewise not knowing what s/he will do to get out of a bad situation.

I find I just can’t insert myself as easily when reading about numerous characters who all hold various pieces to the same larger puzzle, especially when none of them is aware of what all the others know.  Stories like that feel considerably less like a piece of writing and more like a story on TV.

(Which perhaps is why I enjoy Game of Thrones much better as a TV show than book.  Due to the nature of visual storytelling, there are always other things I can focus on when the story shifts to characters I don’t like.  Plus, the story moves through each of the viewpoint characters much quicker on TV than in the book.)

Indeed, as a way of telling a story, changing viewpoint characters may well owe its origin to the era when TV viewing became a widespread phenomenon.

The power of one 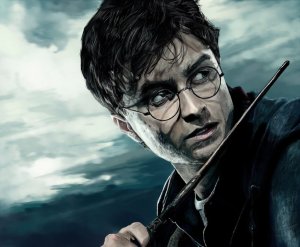 It’s amazing how many people I encounter who claim that J.K. Rowling had to “contrive” certain story features like the Invisibility Cloak and the Pensieve to counteract Harry being the only POV character yet needing to know certain information he otherwise wouldn’t be able to find out on his own.

I don’t believe she contrived anything at all.  I believe that those story features were intentional additions to the backdrop of her magical world, as was Harry’s single POV to allow the reader to watch his perspective change and mature as he did without interference from the perspectives of other characters.

I would have written it the exact same way.  But maybe that’s just me

5 thoughts on “Do You Like Stories With Changing Viewpoint Characters?”