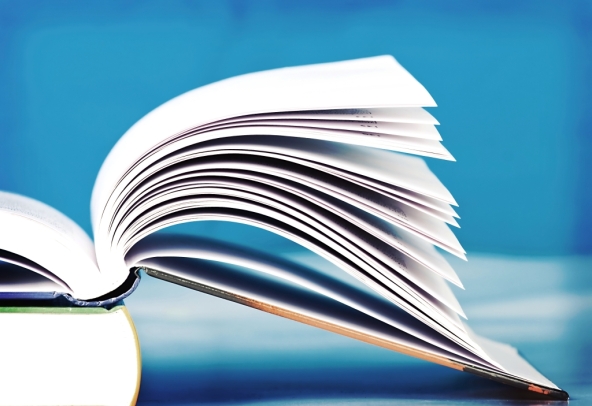 I should qualify this by saying I mean the end of my novel.

(Were I talking the end of my life, my thoughts would be considerably different, and if nothing else, I’d perhaps be referring back to this post about my bucket list.)

Ending a novel is hard.  The fact that I’ve done it twice thus far in my writing career hasn’t made it any easier.  Perhaps this is because only once did I consciously do so since my “two-book” series-in-progress grew to three books initially without my realizing it.

Having now passed page 500 of “book 2”, the fact that book 2 is actually two books has become abundantly clear to me if the specific dividing line between books 2 and 3 has not.

The topic of this post is perhaps more properly my thoughts on nearing the end of a trilogy (rather than an individual novel) since that’s what I’m actually doing. The principles do seem fairly the same to me, though, just with the stakes (perhaps the stress as well) for a series being a little bit higher.

I’m learning a lot as I go through this process, both about myself and writing in general.  The following are some of my key insights:

1) No new news is good news

This seems rather obvious to state now, but I had to forcibly remind myself (via Twitter) that near the end of a novel is not a time to be including new ideas, insights, or events that don’t stem from or bring clarity to events that have already occurred.

To do otherwise has the danger of Deus Ex Machina written all over it.

Struggling through my last few chapters & having to keep reminding myself, tie it up, tie it up, don’t introduce anything new #amwriting — Janna G. Noelle (@jgnoelle) January 13, 2015

But the temptation is so strong!  And I’m not even sure why that is: because I’m subconsciously trying (badly) to seed a follow-up series?  Because I know my characters so well now, I want to reveal to the reader all the secrets they’ve finally revealed to me?

Either way, I need to cut that sh*t out.  Rather than try to veer off in new directions, I need to bring this boat full circle.

2) There’s a point to all this

Every store has a point – a theme or main message that is its raison d’être.  This message is illustrated over and over again throughout the course of the story – the epitome of the adage show don’t tell.

But there does come a time when you have to tell it.  Not necessarily in fairytale verbiage (the moral of the story is…), but at some point, it does need to be conveyed a little more explicitly than previous, usually in the form of an ah-ha moment for the main character right around the climax.

For me, that ah-ha moment was agonizing to come up with.  It only had to be one key sentence, but I swear writing that one sentence was harder than all the rest of the three books combined!

For days during idle moments, I would interrogate my protagonist: What have you learned from all of this?  This can’t have all been for nothing?  Please don’t tell me it was for nothing?  Finally (thankfully!), she yielded.

I’ve been on a leisurely detour from my story’s outline since early 2013, hitting most of the major sites on the original itinerary yet via roads considerably less travelled in my mind.

This process, I feel, has been very much in keeping with the wisdom of former U.S. President Eisenhower:

In preparing for battle I have always found that plans are useless, but planning is indispensable.

That said, it now being 2015, I thought it might be time to curb my off-roading ways and give the roadmap another look.

Not only was this the right thing to do, it would have been more right had I done so sooner, for I’d written a wealth notes on how to tie the story up in a meaningful way … including the very “moral of the story” I’d been struggling to come up with. (At least I can take comfort in having come up with the same result twice.)

4) Don’t you forget about me

I have never been more afraid of developing amnesia that am I at this very moment.

Actually, getting into some kind of accident that results in my forgetting everything I know is one of my most potent (and paranoid) underlying fears.  But I’m still holding so much of the story’s ending in my head, if amnesia were to strike me now….

I’m no football fan, but even I can’t ignore the significance of what occurred during the final 25 seconds of the recent Super Bowl XLIX.

The same thing could happen to me.

Currently, I’m operating under the assumption that my story, once finished, will be an imperfect yet serviceable body of work that focused editing and revision will make publishable.

But it’s still possible for it to all fall apart – for me to discover in the eleventh hour that the whole story is an irredeemable mess.  If that happens, I’m most definitely going to cry.

Recently, sci-fi/fantasy author Chuck Wendig created this lovely graphic of the emotional milestones of writing a novel.  Personally, I feel like I’m experiencing these phases in reverse, with me hovering around the final 11%.

I have a friend currently studying for a major exam at the beginning of April.  Out of solidarity to her, I said I’d finish my trilogy by the same date.  Will I make it?  I sure as hell hope so, for this ending business is actually slowly killing me.

Writers, how many books of you finished?  What advice can anyone offer me for ending a long-term project strong?  Let me know in the comments. (Image source #1 and #2)