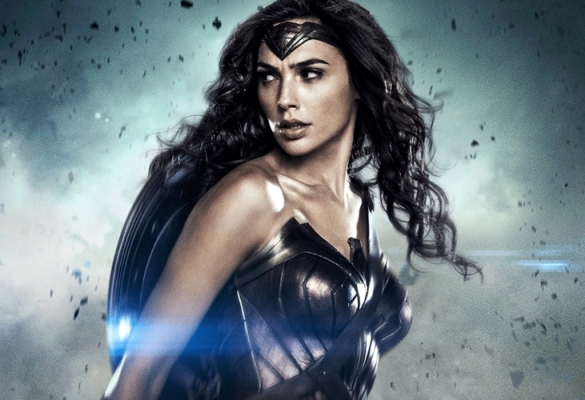 Last week, I started writing about the things I disliked about the movie Wonder Woman.

This particular post was a follow-up to one about the things I did like about the movie.

Overall, I did enjoy the movie.  However, no movie is perfect and no form of media exists outside of the societal context in which it’s created.

Because of this, I always analyze the subtle (or not-so-subtle) messages espoused by the media I consume, in order to better understand the creator’s notion of what makes for an ideal society.

Read part 1 of this post to see the first two things I disliked about Wonder Woman.  I’m now concluding the list below.

Stories about women invariably feature a romantic relationship, which I often find tiresome.

This isn’t because I’m anti-relationship.  On the contrary, I enjoy seeing portrayals of relationships where the so-called “true love” has earned that designation.

However when this doesn’t occur – when the woman and (usually) man are seemingly just thrown together for the sake of the plot – it just cheapens the entire affair.  This is especially the case when the trope of love conquers all is then called into play.  The whole thing just ends up ringing false.

In Wonder Woman, during the climactic scene, Steve is flying away in a plane full of poison gas canisters that he plans to detonate (sacrificing himself in the process) to prevent their being used against soldiers and civilians alike as part of the German war effort.

At the same time, Diana is fighting one-on-one against Ares, the Greek god of war, and is very near to being defeated by him.

When Steve’s plane does blow up, the explosion is witnessed by Diana, who Ares has pinned on the ground, her powers nearly exhausted.  Watching Steve’s death, Diana suddenly realizes that she loved him.  This has the effect of bringing all her powers back and giving her the strength and encouragement she needs to defeat Ares.

It is clear by the context that the love in question is romantic love, both because she recalls Steve previously declaring his love to her (which she was unable to hear at the time) and because the two of them had already had sex.

I hated this moment.  Not because I think Diana’s character was weakened by falling in love, the way director Patty Jenkins says female heroes are often portrayed.  But rather because the story didn’t earn this climatic love profusion.

For one, Steve and Diana only knew each other for a few days. True, they were a trying couple of days, being on the front lines of a war.  But to me, this is further evidence that their feelings would have been infatuation at best.

They didn’t spend nearly enough time together really getting to know each other to a degree that convinces me of true love.

The love conquers all twist would have been more believable if Diana had recalled her love for her fellow Amazons on Themyscira, with whom she’d spent her entire life up to this point.  Particularly her aunt, who taught her how to fight and who prevent Diana from getting killed earlier in the film.

This movie needs to take an example from Frozen: true love doesn’t always have to be romantic love.

Diana and Steve didn’t even come together as romantic equals.  With Diana having grown up on Themyscira, the all-female paradise island, Steve is the first man she’s ever met.

This makes for a very unbalanced relationship between them, with her lacking even a basic understanding of what it means to be romantically involved with a man, especially when they leave Themyscira and enter the male-dominated society of the real world.

One might argue that Steve’s maleness was irrelevant to the relationship.  That Diana drew on past experiences with romantic love in general and fell in love with a person rather than a male-shaped body.

To me, this argument is made invalid by the fact that Diana wasn’t actually given any past romantic experience.

In the lead-up to the movie’s release, I saw countless articles and social media posts about how Wonder Woman is queer because she grew up with only women, and that in Themyscira, people love each other and pursue relationships for their personal happiness and fulfillment, just like everywhere else.

However when Steve and Diana’s hilariously coy conversation about Diana’s relationship experience occurs, it is made very clear that Diana herself was not a participant in Themyscira’s supposedly queer lifestyle (of which there was zero lesbian subtext, I might add).

Diana has only read the 12 volumes written on the subject female sexuality – which conclude that men are necessary for procreation but not for pleasure – rather than collected her own data on the subject.

For all her battle prowess, Diana is presented as such a sexual ingénue, I’m not sure she could truly consent to Steve’s advances, much the same way a minor can’t legally give content.

If nothing else, Diana embodies a societal virgin ideal that female characters are so frequently subjected to.  This results in their being denied the same agency in their sexual lives as they possess in other aspects of their lives.

In particular, Diana’s virginity seems clearly calculated to reduce the damage her character inflicts upon the customary male power fantasy of this genre.

In one of our first glimpses of Themyscira, we witness imposing and awe-inspiring Amazon women training at arms, carrying out gravity-defying stunts, and generally being badass.

We see this through the eyes of Diana as a child, who is shown moments earlier running away from her hapless caretaker, a black woman who tries in vain to apprehend her.

I can’t recall if this woman was described as a tutor, a nurse, or something else altogether.  To me, it makes little difference.  Essentially, she is a black servant of some type with the job of looking after white Diana.

The black mammy figure is a persistent trope has been a regular feature in mainstream media since the days of American slavery, when real enslaved black women were forced to look after their masters’ children while suffering dehumanizing treatment in the process.

There is nothing new to be explored or conveyed through the use of black caretakers for white characters, and a whole lot still to be lost through the reinforcement of this pernicious media stereotype.

As a black woman myself, it irked me to see this character (whose name I was unable to find online, assuming she even had one) appear only long enough to chase ineffectually after Diana.  She served solely as the gateway to Diana’s point of view and her adventure in the story.

Granted, it does seem like the movie creators tried to counter the black caretaker with the presence of two or three black Amazons that seemed to be part of the queen’s council.

Still, in my opinion, the only situation that would bring something fresh and interesting to the dynamic between Diana and her caretaker would be if Diana were black (or some other non-white race) herself.

I found it telling that of the small number of black women on Themyscira, one of them would be a servant.

To me, it begs the question of Themyscira, and in turn of mainstream society, which is meant to be improved upon by this fantasy paradise island: paradise for whom, exactly?

What did you like about Wonder Woman?  Was there anything you didn’t like about it?  Let me know in the comments.