The Daintree Rainforest, a tropical rainforest and UNESCO World Heritage Site along the coast of Queensland, Australia.

I didn’t expect to do any writing while here in Australia.

That is, not after I overcame my last-minute fervor to do lots of writing while in Australia – to write during as much of the flight as I remained awake for; to even finish my novel while abroad, if possible, and return home like a conquering hero.

In preparation for this, I scanned and PDF’ed an entire chapter of a reference book (since my WIP is historical fiction and thus research-dependant).

I also downloaded Evernote on both my iPad and phone so that I’d have two methods of inputting my deathless prose that would automatically sync as well as keep a backup in the cloud.

I even went so far as to type up all my notes from all my on-the-go notebooks and the numerous Post-Its secreted around my apartment (something I’ve put off doing for over a year now) in case I finally got to the parts in the story where I needed them.

But when I actually tried to write my novel while away, the words wouldn’t come.

Part of the problem is because, good sleeper I’ve always been, I slept for about 11 of the 15 hours of the flight.

Another part is that I’m on vacation in a foreign country on the other side of the world; there’s so much to see and do, it’s hard to find the stillness (both physical and mental) that I require for writing.

Plus, there’s the fact I’m away period.. I’ve previously documented my lack of success in writing while on vacation.

Whether for good or for ill, it seems at this point in my very young writing career, I do my best continuous writing at home, at the same time, under the same conditions, and with the same lead-up to a writing session as I’ve previously done – a form of ritualization that I’ve seen argued both for and against among professional writers.

However that isn’t to say I’ve done no writing at all.

The trouble with time-travel

On his blog, where he usually posts Friday writing exercises, sci-fi/fantasy writer Chuck Wendig recently made another call for three-sentence stories.

I participated in this once before.  This time, it wasn’t a competition per se; the winners were drawn at random, and once again, I wasn’t one of them.

However, despite my general aversion to both reading and writing short fiction, there’s something about writing these micro-length stories that I’ve come to find appealing.

Perhaps it’s how obvious they make the fact that a story is comprised of a beginning, middle, and end (in this format, one sentence per).

Perhaps it’s the increased significance of both what is said and what isn’t.

Perhaps it’s the deceptive simplicity of their length – how little time it seems they should take to write yet how long it actually does take me.

And how much time I devote to revision as well. Both times I’ve done this, I wrote and rewrote for at least four days, which is instructive for how long I may spend revising my WIP when the time finally comes.

In any case, I wrote a three-sentence story.

Two of my blogging buddies – Roy McCarthy and Dianne Gray, who herself is an Aussie – previously suggested I might be moved by my trip to write a story about Australia.

This likely isn’t what they had in mind, however I can truly say this shot was inspired by my being where I currently am.

(With the disclaimer that it’s not autobiographical in any way other than that I too am scheduled to part the gossamer threads of human time and arrive earlier than I depart when I come home.) 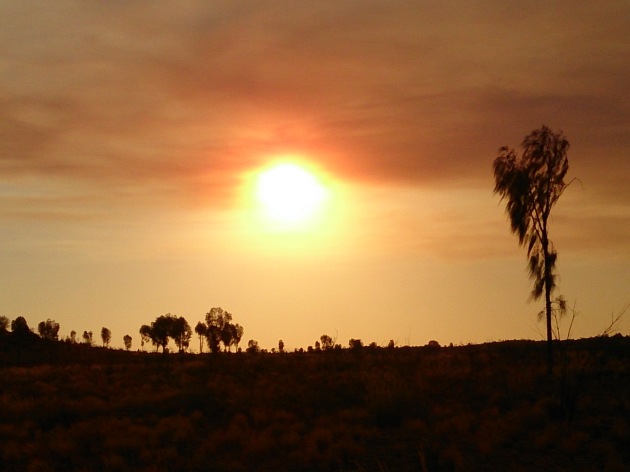 She travelled almost literally to the end of the earth where the stars are said to intersect, perhaps emulating the arms of lovers parted by oceans of grief, regret and, finally, resignation.  But as sun and shadow shifted and time itself crumpled like a damp, twisted tissue, she came home again both before and after her last wistful goodbye.

And so nothing at all ended that was meant to, and the world kept turning in vain.

Today in Australia is my 36th birthday, which won’t occur in North America until tomorrow. How’s that for time-travel!

11 thoughts on “My Very Very Short Story Inspired By Australia”