I made a point some time ago to inform the IT manager at my workplace that I’m writing a novel.

Partly I did this because I’ve struck up a friendship with her over the years, and the fact eventually became a relevant addendum to her revelation of being an avid reader.

The other reason, though – perhaps the more pressing reason – is due to the nature of some of the emails I send.

Not that they’re offensive, or in any direct violation of the company’s Information Services & Technology user policy.  But they are … strange, not the least of which is because they are emails send to myself at my personal email address.

Like most writers, I spend a lot of time thinking about my WIP when I’m not actually writing it.  And while my day job keeps me quite busy, random fits of inspiration do occur to me while at work – anything from descriptions to lines of dialogue to entire or chapter outlines.

I’ve long ago learned to ignore these brainwaves at my peril.  Not acted upon, they almost always become missed opportunities – ghosts of forgotten prose that haunt me by never again assuming a tangible form.

At the same time, I find it equally distracting trying to hold a story idea in my head, to the point that, although 5-10 minutes end up wasted, my work productivity is restored for the rest of the day if I just take the time to write the idea down.

Hence, the emails I send to myself.

It’s true, I could instead tap out a memo on my phone.  However to a passerby, it would probably appear like I was texting.  Texting isn’t forbidden at my workplace, but I do nonetheless try to keep to a minimum, as it often conveys an air of unprofessionalism.

Besides, some of the ideas I come up require a bit of trial and error to convey them properly, which can take time.

Emailing, however is something I already perform regularly at work.  For the record, I despise work email, and do everything I can to discourage it’s proliferation.  It does, though, have its benefits.

Like the fact that I can easily compose a message to myself in full view of others without raising either eyebrows or reservations about me as an employee … save from the IT manager should she ever have cause to examine my emails (good thing I already forewarned her about my writing predilection!) 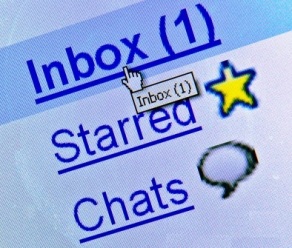 I recently made the accidental discovery that I’m one of my most emailed contacts from work.  We use Microsoft Outlook at work, which is like a virtual time capsule.  Further investigation into my email habits has revealed that since late 2012, I’ve sent myself some 130 emails, all of which bore the word “snippet” in the subject line.

When read sequentially – though written in a choppy sort of shorthand – these messages give a fairly accurate overview of my WIP.

Naturally, SE had loved the idea, as he did all my political schemes.  It was likely the only aspect of me he did love without condition or reservation.
– Fri 09/03/2012 2:27 PM

Word of s’s arrest spread through the castle in about the time it took to breath three times; c used it to rile up his liegemen (and surprisingly, w), stating that this is the deviousness/cowardice of the enemy, sending women in to undermine him; he had no idea how correct he really was
– Mon 20/01/2014 4:14 PM

It won’t be easy, it’s in such a naturally defensible position on its hill with such treacherous canyons at the front and back
– Mon 24/03/2014 2:50 PM

She looked different: her hair paler, much closer to white then her usual honey yellow as if years in the dungeon that hadn’t actually occurred had robbed her of what little colouring she’d had; her eyes intent stare where before she was unable to focus on anything for more than (amount of time) because so easily distracted by her own thoughts
– Wed 02/04/2014 4:45 PM

What’s your method for capturing ideas that come to you at work?  Who else is having email conversations with him-/herself?  Tell me about it in the comments?