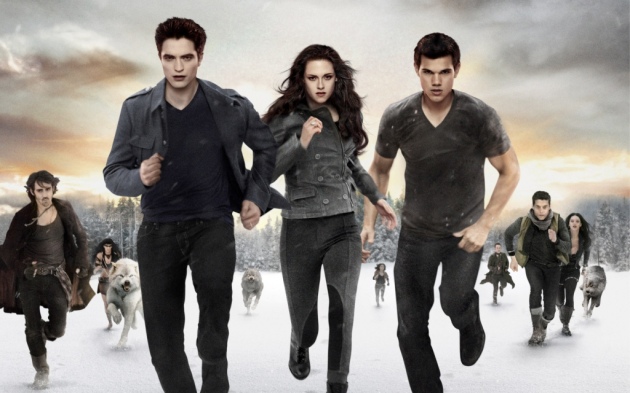 Every time I get really sick, I end up watching something I otherwise would have avoided.

This tendency is born of a desire for easily-digestible entertainment in my physically diminished state.

Last time I was sick, I watched the entire first season of the cartoon Transformers: Prime (and later went follow the show obsessively to its conclusion two seasons later, but that’s a topic for another blog post).

I’d previously watched the first two films – Twilight and New Moon – years ago at the behest of Twihard friends, and swore I’d never watch another.  After all, there was just so much to dislike:

Maybe it was the Advil Cold + Sinus at play, but as I watched the final three movies, I found they weren’t all bad.  Indeed, there were a number of elements of the Twilight Saga that found quite enjoyable, both as a consumer of stories and a creator of them:

Something old, something new

The last major reinterpretation of vampire folklore, to my knowledge, was Anne Rice’s The Vampire Chronicles, which began with Interview With a Vampire, published in 1976 and re-popularized in 1994 following a film adaptation starring Brad Pitt and Tom Cruise.

The paranormal (e.g. witches, vampires, fairies, zombies, etc.) is an important facet of our collective human culture.  Every ethnicity from every era has had and still has its own monsters and mythology.

Stories of these otherworldly creatures are constantly being reinvented, recycled, and retold, seeming to recapture public interest in cycles of 10-20 years.

With Twilight, Stephenie Meyer definitely presented the right monster at the right time.

I’ve got the power

If memory serves, in Anne Rice’s The Vampire Chronicles, older vampires were stronger and more capable than younger ones, but overall, all vamps possess them same special abilities.

In Twilight, many of the vampires have their own unique power, such as Alice’s ability to see the future, or Edward’s reading of minds, or Jasper controlling emotions.

Stories with these sorts of ensemble casts in which everyone has a different special power are always enjoyable, for they invite the audience to choose which among the possible powers they would most like to possess, and to insert themselves into the story in the process.

A role for First Nations 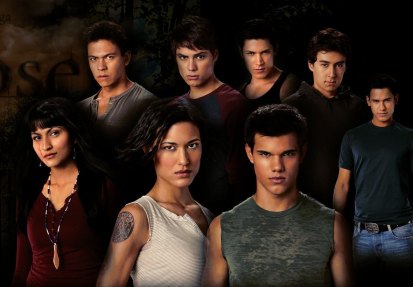 A really interesting element of The Twilight Saga is its inclusion of the Quileute First Nations people as the werewolves.

Not being Quileute myself, or First Nations at all for that matter, I don’t know if this inclusion is viewed as positive by them or not.  But it seems like most of the stories I’ve read or watched that portray First Nations people heroically have taken place in a historical setting (e.g. The Last of the Mohicans).

Despite Twilight being a paranormal story and not based on genuine Quileute myths, it was nice to see so many First Nations actors in a movies playing present-day, positive roles.

A focus on family 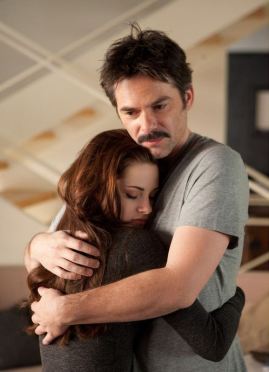 I like how the Cullen coven of vampires styles itself as a family, not just to keep up appearances, but in their behaviour towards each other as well.  I’m so used to the traditional vampire being a dark, brooding loner, who, while he may briefly team up with other vamps, ultimately leads a long, solitary existence.

More impressively, though, is that Bella maintains her relationship with her father, Charlie, throughout the entire story.

So often in YA, parents are unsympathetic and don’t last the first few scenes (assuming they appear at all), as they’re seen as detrimental to the youth hero(ine) having a self-determining adventure.

Even though Charlie didn’t play an active role in Bella’s character arc, he was portrayed as caring deeply for his daughter and wanting to help her in any way he could.  This is a good reminder to teen readers that most parents aren’t the enemy.

One of my biggest dislikes about YA fiction is how a ragtag band of idealists will help foment revolution, overthrow a corrupt governing body, and then the story ends.

That is the point where I wish the story would start.  I’m always curious to know how the new world order will actually function, given the idealists usually have little to no experience in leading a society and helping it thrive.

At the end of Breaking Dawn pt. 2, the Volturi – essentially the international government of vampires – has not been put down.  While a few of the more hotheaded vampires want to attempt it, for the majority of them, it’s enough that they’ve overcome the charges the Volturi held against them.

Rather than incite rebellion, they’re happy to just live their quiet, insignificant lives while the government goes on about its despotic and despicable ways.  Kind of like in real life.

I’m of the opinion that every story, no matter how terrible as a whole, has at least one redeeming quality that can be instructive to writers.

What do you think?  Was there anything you liked about Twilight?  What did you hate about it? (dislikes can be instructive as well).

9 thoughts on “What’s Good About Twilight: Observations from a non-Twihard with a head-cold”