He’s right in more ways than one.  The tools that reading has to offer are numerous.

Specific how-to advice is found in writing craft books, which play a role in almost every writer’s education, particularly in its early stages.

Books can also provide the necessary research for one’s writing.  I write historical fiction, so this is unquestionably the case.  In truth though, all writers of all genres need to conduct some research to lend verisimilitude to their imagined worlds.

Finally, reading about the engaging characters, gripping plots, immersive settings and/or fine prose of other authors both trains and inspires writers to recognize and realize the same in their own work.

For all of these reasons, as well as the fact that reading is my oldest pastime, I’ve decided to once again take part in the Goodreads Reading Challenge.

An annual, self-directed contest, the Reading Challenge invites Goodreads users to set a target for the number of books they want to read that year and to track their progress.

Your progress is publicly displayed, but you’re really only competing with yourself.  It can be a helpful way to boost your reading productivity, and also a fun race to the finish to make your target (one year I was still reading my last book at 10:00pm on December 31!)

I first participated in the challenge in 2015, and then again in 2016 and 2017, but skipped the following year.  I usually read a book a month, but in 2018 I’d just started my critique group.  I knew I had many months of CP reading in support of that ahead of me.

You may be your only competition in the Goodreads Reading Challenge, but that often includes your own vanity as well.  I’d be damned if I was going to publicly target a number less than 12!

I still expect to do a fair bit of critique reading this year.  However, I find myself coming full circle to King’s wisdom: if I don’t have (or rather make) time to read, I won’t have the time or the tools I need to write—literally.

I have an idea for my next historical novel that I want to fully flesh out this year.  Plus I have certain writing weaknesses that I want to see strengthened.

I’ve thus set an ambitious (for me) reading target of 18 books, among which I’ll be including 3-4 writing craft books and as many historical references on ancient Greece (the setting of my next WIP) as I can manage.  I’ve already completed my first fiction title for the year, so I’m on my way!

I’ll be reviewing every book I read as I go, as always.  To finish off 2018, here is my roundup of reviews from November and December.  All of my reviews can be found on Goodreads, and links to all from 2018 are included in past blog posts.

Sky in the Deep
Adrienne Young
Genre: YA fantasy
Stars: ⭐ ⭐ ⭐

Overall, the book needed to be half again as long to allow for more complications as Eelyn and the Aska overcome their hatred of the Riki.  More length would have also allowed for the inclusion of more Aska and Riki culture to give greater heft to the story’s claim of being inspired by the Vikings.
Read the entire review 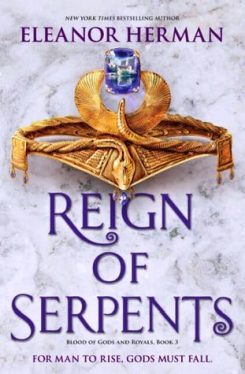 I read somewhere that this series was originally meant to be six books but partway through was reduced to four.  The structure of this book supports this suggestion, for it read like two books in one, and unfortunately not in a good way….  There were a lot of interesting ideas and events in this book, but it really just tried to do too much.
Read the entire review

A Reaper at the Gates
Sabaa Tahir
Genre: YA fantasy
Stars: ⭐ ⭐ ⭐

I also found the pacing really episodic and the tension a bit forced the way every chapter ended on a cliff-hanger that was immediately resolved the next time that POV character had a new chapter…. [A] lot of this book felt like series filler, with the whole thing likely better as a trilogy than a quartet, [but] it ended on a strong note.
Read the entire review 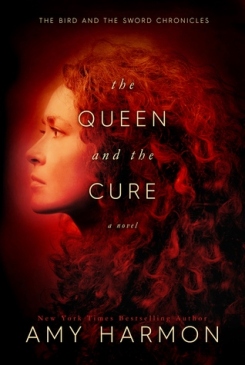 I really can’t say that I liked Kjell much as a person.  He was grumpy, brooding, selfish, emotionally withdrawn, and really only seemed to love Sasha because of how helpless and dependent upon him she was.  This isn’t to say I found him an unrealistic character….  I would read another book set in this story world.
Read the entire review

Monty’s voice is utterly hilarious and most of his decisions are impulsive and ill-advised….  I loved it when the pirates came on the scene.  I also loved the diversity of the cast and how many social issues the story dealt with, including racism, sexism, homophobia (both external and internalized), and classism.
Read the entire review 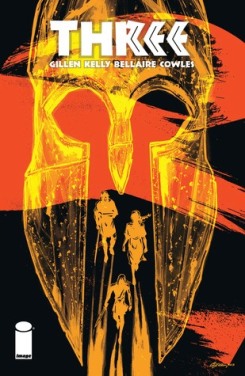 [The movie] 300 glorifies the mainstream perception of the Spartans’ hypermasculine warrior culture yet completely omits any mention of the Sparta’s subjugated, non-citizen, servile class of helots…[.]  Three seeks to redress this omission by giving voice to three helots on the run, seeking their freedom after having killed a Spartan in self-defence.
Read the entire review

What have you read recently?