They’re not who you think they are

It remains to this day the most incredible piece of medieval research I’ve turned up, even if I’ve since learned it’s not completely true.

Divorce (technically annulment of the marriage in its strictest sense) was a matter at the sole discretion of the Church, whose preference was almost always to keep marriages together.  As such, the Church generally only granted divorces for six specific reasons.

One of these reasons was impotence of the husband.  That is to say, an inability to attempt to “go forth and multiply”, which, in the eyes of the Church, was the whole purpose of marriage to begin with.

The Church did not just accept a couple’s word in this matter with question, however.

Rather, ever vigilant about couples who might use it as an excuse to obtain an annulment they didn’t deserve, the Church sought to verify claims of impotence through some rather thorough testing.

But whomever could the Church possibly depute to administer such testing, and what would said testing entail?

She said, the said

In Marriage and the Family in the Middle Ages, authors Frances and Joseph Gies explain:

In one recorded inspection at York, one honest woman “exposed her naked breasts, and with her hands warmed at the fire, she held and rubbed the penis and testicles of the said John.  And she embraced and frequently kissed the same John, and stirred him up in so far as she could to show his virility and potency, admonishing him that for shame he should then and there prove himself a man.  And she says … that the whole time … the said penis was scarcely three inches long … remaining without any increase or decrease.” (pp. 245-6).

As I said above, an incredible research finding.

Yet one that’s also somewhat in-credible, as one might rightfully expect.

A commenter on my original post summed it up best, expressing the inherent dissonance arising from the idea of the Church obliging women to examine the functioning (or lack thereof) of a strange man’s penis:

I don’t get how they could have seven women allowed to see if a man was truly impotent – seems to violate all requirements of THEIR modesty and chastity. That was a new one for me!

A new one for myself as well.  I definitely looked askance at the above-quoted passage upon first discovering it.  That certainly didn’t sound like the same medieval church I’d come to know through my research.

At the same time, though, in a strange sort of way, I could believe that it was true.  After all, I’ve also previously written about living arrangements in medieval castles.

Castles were primarily defensive in design.  As such, they didn’t come with a surfeit of either bedrooms or comfortable sleeping spaces for anyone but the noble family who ruled the castle.

Lesser servants, administrative personnel, and soldiers would sleep wherever they could find a spot, be it on a bench in the great hall, in the stables, at their posts, or burrowed in the straw outside.

Important guests and important servants, meanwhile, would sleep in the same chamber as the lord and lady, separated from them – and whatever nighttime activities they might choose to engage in – by nothing more than the curtains around the lord and lady’s bed.

Because of this lack of privacy, medieval people were much more open about their sex lives than contemporary folks might realize.  And so, in reading the Gieses quote, it seemed to me a case could be made for its veracity.

After all, the seven in questions were supposed to be honest women.  To phrase it in that way suggested a certain incorruptibility among them – a piety bordering on saintliness that not even as carnal as task trying to disprove impotence could despoil.

Besides, someone would have had to do it.  Although it made me cringe to imagine the selection process for such a dubious honour – like some crap version of medieval jury duty.  A real civic duty of the age. 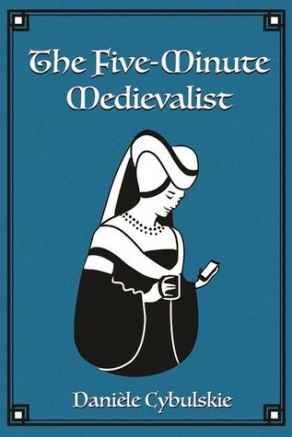 Recently, however, I read author Danièle Cybulskie’s book The Five-Minute Medievalist, in which the seven honest women make a reappearance.  This time, however, with a notable difference:

Some records of annulment cases have survived, and they show an interesting twist: lawyers could call prostitutes to prove whether or not a man was impotent. At least one unfortunate soul has gone down in history for this affliction, the record showing that despite the prostitute’s ministrations, there was not “any increase or decrease” for the poor man, aptly named John (Common Women, p.97). (Kindle Locations 715-717)

From “honest women” to “prostitutes” was quite an about-face – one I couldn’t begin to explain other than if, unbeknownst to me, the former term was all along a euphemism for the latter.

Either that or the authors of the two books – Marriage and the Family in the Middle Ages and Common Women (as cited in The Five-Minute Medievalist) – had two very different interpretations of the event in question.

Upon reaching out to Danièle Cybulskie, I was informed that “honest women” was definitely not a euphemism, especially in a court case where clarity was important for the official record.

What’s more, Common Women author Ruth Mazo Karras had apparently followed a trail of references and primary sources that identified these particular witnesses as prostitutes from other appearances they made in court, presumably trails for prostitution.

The Gieses may not have taken this extra step.  Or if they did, they may have purposely omitted it for the sake of simplicity amidst the tricky requirements of the law.

For medieval court witnesses, similar to today, were expected to be upstanding, trustworthy citizens, at least in the moment of their testimony.  Thus, in a minor feat of medieval mental gymnastics, the seven women – clearly known to all as prostitutes – had to be sworn in and accepted as honest women, respectable women.

Not a single person objected to this.  For who else could they get to perform the inspection if they had?

Who would be more uniquely qualified for the job anyway?

In finally coming to understand the rest of the story of the seven “honest” women, my ultimate conclusion is that the situation still isn’t what I would have expected from the medieval church.  In fact, knowing that the Church recruited prostitutes to its cause makes the whole thing even more unbelievable.

Truth is indeed stranger than fiction, even when what’s real and what’s made up are resting side by side.