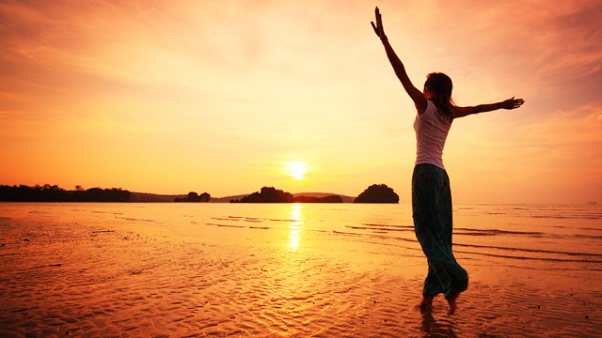 I take great joy in planning my summers every year.

Even if I’m not expecting to do anything noteworthy or conventionally exciting, the thought of longer, warmer days and a bit of time off to do as I will to fill them is invaluable in helping me make it through the winter.

Admittedly, winter in Vancouver is mildest that Canada has to offer.  I really have nothing to complain about by comparison.

And yet, this past winter, it rained torrentially almost every single day.  We didn’t see the sun – we didn’t even see the mountains – for months.  In Eastern Canada, even though it snows a ton, the sun still comes out regularly.

In the Lower Mainland of BC, it was like we were covered by big, grey blanket.  When the sun finally reappeared in the spring, we cowered from it like Gollum, fearful of this mysterious burning light in the sky.

Plus, for a while, it weather turned quite cold for the region, with daily negative temperatures.  Out here, buildings are thinly insulated and windows are only single paned.  My heating bill November and December was through the roof.

In short, this past winter was pretty miserable.  Thus, I’ve had be summer to-do list planned for quite some time.  My three key pursuits – three R’s – will be as follows:

As anyone who is big into fitness likely already knows, once you begin an exercise regime, you can’t really stop it.

The human body is incredibly adaptable; if you do any form of exercise often enough, your body will reshape itself to accommodate.  Your stamina will improve; so will your strength, your range of motion, your recovery time, perhaps even your awareness of your body as a series of interconnected and interdependent parts.

However, the human body is also incredibly lazy.  Muscle memory notwithstanding, if you allow your fitness to lapse, even for as little as a week, the resultant decline in vigour can be readily felt.

I find a similar situation occurs with my writing.

For the most part, I write six days a week, because I find the consistency of continuous progress beneficial.

The story is constantly in my head.  I can clearly recall what I’ve recently written and why, what I plan to write in the near future, and how it all connects with what’s meant to happen several plot points down the line.

Overall, the entire process is just easier (which is saying something since as a practice, I don’t really find writing all that easy at all).

However whenever I take periods of time away from writing – missing even as few as four consecutive sessions, as I recently did during a short jaunt to Toronto – the decline, again, can readily be felt.

Upon returning, even the simple act choosing a proper synonym became unbearably difficult.

The similarities between that and exercise are really quite uncanny.  The first workout and the first writing session after a long break feel exactly the same.  Awful.

Rewriting is no different, for writing, as the famous saying goes, is rewriting.

I’m currently more than halfway through draft 2 of my WIP.  It’s been going quite well and I’m keen to maintain this momentum, unhampered by my own inertia of stopping and starting again.

For this reason, and because I absolutely stink at writing while on vacation, I’ve planned no journeys abroad for the rest of the summer.  Instead I will stay my behind home with that same butt planted firmly in chair.

I recently discovered something interesting about my writing process, which came about as the result of an unusually vivid dream.

I dreamed I was in an ancient desert kingdom with two other people I didn’t recognize but seemed to be friends of mine.  We’d been captured as high-class slaves along with many others and we all being trained to serve our new masters.

Meanwhile, unbeknownst to me, a coalition of low-class slaves was secretly plotting rebellion, which got off to its violent start just as my friends and I were trying to make an escape.  We were forced to quickly duck into a conveniently-located shop to prevent our being literally caught between the two opposing sides as they raced toward each other for the initial clash of arms.

Then I woke up.

When I told a friend, also a writer, about this dream, she naturally said I should write it down and finish the story.  To which I immediately replied I didn’t know the rest of the story, for I didn’t know where it was taking place.

I didn’t know nearly enough about this desert kingdom.

Part of my need to better understand the setting of a story I plan to write is a consequence of having chosen historical fiction as my genre.

In historical fiction, the setting looms large and dramatically different from our own day-to-day world – a foreign country where they do things differently, so the famous quote goes.

Often historical fiction centers on an actual events from history, which are intrinsically linked to and influenced by the locations in which they took place.

But even back in the days when I used to write fantasy, the nature of the story world was always one of the first elements I worked on – often even before determining who the main character was.

This is because people are necessarily a product of the environment in which they exist, both the physical environment and the social one.

Particularly in writing historical fiction, I find that understanding the setting first helps define the story by revealing what’s actually possible within that context – what a realistic course of events would be.  At the same time, research can yield surprises that can serve as inspiration.

All this to say, I want to write a novel set in Ancient Greece, but as yet haven’t a good sense of the plot since my knowledge of that era is fairly limited.  Over the summer, I will continue to tackle this deficiency.

This summer marks the second that I’ve spent in my new apartment since greedy developers trying to do an end-run around rent controls forced to move house last May.

That was a stressful time in my life, but it wasn’t without its unexpected benefits in the end.  Instead of having a TV-blaring, clodhopper stomping around above me like I previously did, now I’m the jerk who lives upstairs, having moved on up from the ground floor all the way to the top.

(A/N: I’m not in any way a jerky upstairs neighbour; I’m as light-footed as a dancer and don’t even own a TV.)

Even better than that, though, is the fact that I can now actually use my balcony.

At my old place, my balcony was north-facing and thus in constant shade.  As well, since I had a ground-level suite at the back of the building, my balcony faced – and basically sat within – the parking lot, some 30 or so paces from the garbage dumpster and (perpetually overflowing) recycling bins.

Now, my balcony is south-facing, which puts me in nearly the sun from about noon to 3:00pm.  Nearly full, scorching summer sun, for the duration of the hottest part of the day.

It is heaven on earth. I’m one of those people who always feels cold, so I love to sit out in the heat and bake a little.

It does get smoking hot out there and I can’t bear being in direct sunlight for too long.  But by about 12:30, there’s usually enough shade to have all but my legs in the sun, which is plenty warm enough.

I plan to spend much of my weekends and vacation days as possible kickin’ it on my balcony.  And as to what I’ll be doing while I’m out there … (please see above).

What are your plans for the summer?  Let me know in the comments.