Most people, I think, agree that moving is the pits.

This even includes moves that one has planned well in advance and will ultimately result, like the Jeffersons pictured above, in a move on up.

Imagine then, the perspective of one forced to move against his/her will.  This is the very situation I now find myself in.  Not because I threw too many parties or trashed my apartment or was otherwise a horrible tenant.

Rather, they call it “renoviction” – a practice that occurs often enough in Vancouver, British Columbia to warrant its own regionally-specific Wiktionary entry:

1. (British Columbia) The eviction of all of a building’s tenants on the grounds that a large-scale renovation is planned.

A portmanteau of “renovation” and “eviction”, renovictions – in no way unique to British Columbia – are an unfortunate – and, in my opinion, unethical (yet incidentally, legal) – consequence of years of stagnant community upkeep followed by rapid gentrification, which typically leads to the further marginalization of those in the neighbourhood who are already the most vulnerable.

Politics and social justice aside, since, I’m going to have to relocate in a few months, I decided to be proactive and take back some control of the situation by searching for a new home now.

Hence, the subject of this post.  Because moving really does suck, for reasons far more numerous than the following five:

1) Your stuff will never have the same layout again

If you’re anything like me, you’ve spent weeks, months, even years trying to achieve the perfect arrangement of your furniture and belongings.  My  goal is always to create a harmonious flow – a sense of openness and greater size, which calms me and allows me to move through the space without necessarily having to consciously engaging with it.

But moving means having to disrupt that energetic equilibrium – to throw calmness into chaos – and essentially become a stranger in a strange new land for as long as it takes to make a new perfect setup.

According to Terry O’Reilly, host of the CBC Radio program Under the Influence, “The reason moving is so painful, of course, is because you suddenly rediscover all your stuff.”

And corrugated cardboard boxes are such a pain in the a**!  Whenever you have one and don’t need it, you have to break it down into maddeningly specific-sized pieces for recycling – no easy task, either trying to tear it with your hands or cut it with scissors.

Or if you’re lucky to not have to break the box down and instead are able to use the box as a replacement blue bin for that week, suddenly the recycling inexplicably sits there uncollected for days.

But when you actually need boxes for packing, good luck finding any anywhere!

3) Discovering who your real friends are (and aren’t)

Here’s a fun experiment: choose a random smattering of people you consider to be good friends and say to them the words, “I have to move.”

Now listen to what their response is.  Those that immediately offer to assist in some way – “I can help you”, “I’ve got a car”, “I’m around on the 31st”, “I’ve got a bunch of boxes at my house; I’ll bring them over for you” – those are your real friends.

Those who utter a non-committal “That’s nice”, who pull a face and quickly end the conversation by finding something to do, or worse yet, who are too wrapped up in telling you their news to even take note that you just told them you’re being unethically evicted from your home – those people are something else entirely. 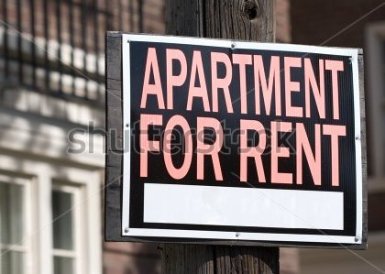 Quite possibly the absolute worse part of the entire process, going on viewings is a major expense of time, energy, often money if the showings are during work hours, and most likely a little bit of sanity as well.

Part of this latter complaint is that when seriously looking for a place, folk tend to go on a whole bunch of viewings at once, to that point that all the various dwellings start to blur together in one’s mind.

Over the past six days, I’ve looked at no less than 15 places (at least twice viewing three different suites back-to-back in the same hour), and I’ll be damned if I can remember what half of them look like, even the one I think I sort of like.

Another negative about viewings is when they occur before the previous tenants have moved out.  Personally, I find it almost impossible to superimpose a mental image of my stuff and my life onto a space that’s already full of someone else’s life.

As well, seeing the way some people live is often a huge deterrent to me even setting foot inside, let alone the thought of living there myself.

AKA, the great social scourge of the 21st century: “fear of missing out”.

Comedian Aziz Ansari, in his latest comedy special on Netflix, describes it perfectly:

So when you finally find a place that you like and want to try to get, there’s often that niggling in the back of your mind that maybe if you look just a little longer, you can find a place that’s even nicer/cheaper/newer/south-facing/on the top floor/with free parking/with a better view/with hotter neighbours/etc.

Such thoughts can quickly consume you, and often linger even after papers have been signed and money has changed hands, having transformed into FOMO’s close, older cousin, i.e. buyer’s remorse.

Due to constant searching through vacancy listings, prowling neighbourhoods for unlisted vacancy signs, going on viewings, and the general stress of it all.

What else sucks about moving?  What are your moving tales of woe?  Let me know in the comments.

15 thoughts on “Moving Sucks; We All Know It”