A/N: #BoostMyBio is an optional blog hop hosted by Audra (Auggie) Atoche.  It’s offered as an unofficial part of Pitch Wars, a writing mentorship program/contest with a vibrant online community found on Twitter under the hashtags #PitchWars, #PWPoePrompts, and #BoostMyBio.  You don’t have to be entering Pitch Wars to join this blog hop, so if interested, follow these instructions. 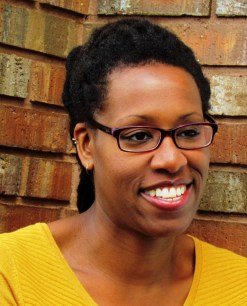 My name is Janna and I’m a writer of adult historical fiction living in Vancouver, BC on the west coast of Canada.

I am new to the #PitchWars community and have already had a great experience meeting other hopefuls online, learning how to write a synopsis(!), and getting my manuscript revised and ready for the main event in August(!!).

Some random facts about me:

My favourite genres of fiction tend toward either speculative or historical.

My bike is inseparable from me, just like my shadow.

Aside from reading, which is a given:

In 13th century England, a low-ranked lady with shrewd political and household management skills takes a secret job with a baron helping smooth his succession as a means of escaping her abusive father and securing a husband.

It’s hard to pick current books because most current #HistFic deals w/ modern history. Mine has a similar time period to PILLARS OF THE EARTH and similar subject as THE OTHER BOLEYN GIRL. In my mind I call it my “Women’s Fiction GAME OF THRONES”. pic.twitter.com/2Xmheya3U4

When I was in high school, I took an ancient history class, where I completed an independent study for my final term paper.  The topic I chose was the role of women in medieval society, which I learned was surprisingly complex and is often underrepresented in mainstream history curricula and mainstream media.

Since then, I knew I wanted to write a story that demonstrates some of these roles—a story about a protagonist who struggles with the undeniable oppression of women during the medieval era, yet is able to address her problems through feminine strength, resilience, and attitudes and skills appropriate to the time period.

The Hostage by Edmund Leighton

I haven’t gotten around to making an aesthetics board for my novel yet, but I’ve drawn inspiration from this painting by Edmund Leighton (1852-1922) called The Hostage.  In particular, the woman in the background who is the most modestly dressed, with her head covered.  The one staring directly at the viewer.

My revision progress over multiple drafts (some occurring simultaneously!) There is actually a logic to this chaos.

I’m a real workhorse when it comes to my writing, putting in six days a week for set durations of time.  Consistency, discipline, and multiple drafts are my greatest writing tools (as is unplugging my modem while I’m working).

I’m a plotter (although I have a theory about the underlying similarity of plotting vs. pantsing), but I’ve been known to go through some major pantsing stints as well.

I run my own critique group of local writers—as well as a separate writers’ social meetup group—and like to form a clear plan for tackling revisions.  I also keep close track of my revision progress.

Me as a mentee:

Another picture of me handling a snake. A couple of my past careers used to see me doing so quite a bit.

If any Pitch Wars mentor feels drawn to my novel and thinks they might want to work with me, I would be thrilled to receive your suggestions on how to make my story stronger.  I’m a great communicator and will have lots to say to ensure I fully grasp your notes.

From there, I generally like to put my head down and just go at it on my own when it comes to revisions, unless I have additional questions.  If you point me in the right direction, I’ll make a run for it!

I’m open to anything and ready to work, both on my novel and on making the experience positive for both of us.

I am keen to connect with other writers as well, so feel free to leave a comment, subscribe (I add new posts every Monday), or find me on Twitter at @jgnoelle.

*Sam is not my real cousin

**I once saw Lawrence Hill on a plane—one of those huge skyliners with two aisles—but didn’t get to talk to him because he was in the opposite aisle that I was, and I literally could not find a way to get to him short of climbing over half a dozen people