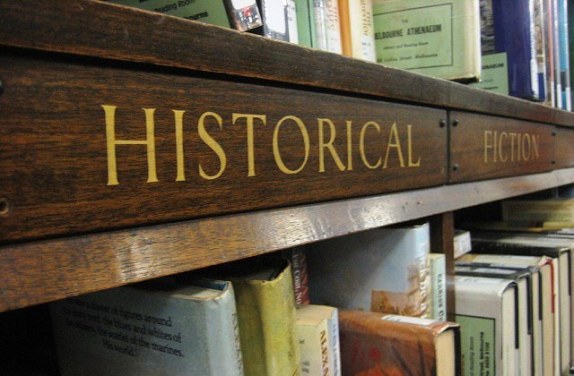 The problem with historical fiction is that it’s not actually genre.

Not the way romance or mystery or thriller are genres.

There are no defining characteristics – no genre conventions – of historical fiction other than the story taking place in a non-contemporary time period in which the manners, social conditions, and other details of the era are clearly depicted.

There are no limits whatsoever on the type of historical story that can told; no narrative touchpoints that are expected to occur at key moments within the tale.  In this way, historical fiction is more so a story setting than a distinct form of storytelling.

This lack of constraint can cause challenges for historical fiction readers in finding the precise type of book that they want.

Amazon does have a link to historical fiction (buried under “Literature & Fiction” and, ironically, “Genre Fiction”), however, a lot of what you find in there has in part been subsumed into other genres: All the Light We Cannot See: literary.  The Other Boleyn Girl: romance.  The Last Kingdom: military.  By Gaslight: mystery.

There is no uniformity whatsoever in what you’ll find.

This can likewise cause problems for writers of historical fiction.  For while a freedom from limitations can feel incredibly liberating while writing a first draft, it can later prove difficult to know what exactly you’ve got when that first draft is done.

I know this from personal experience in struggling to assess my own work, to that point that I recently participated in an online Q&A with a literary agent to try to find out.

I was curious as to whether my novel, set in 13th century England, might be considered YA since it has a teenage protagonist (the fact of which is owning solely to people in the medieval times – especially women – having done very adult things like get married, have children, and run households, at a very young age compared to modern times).

(YA, incidentally, is another category of books that’s not a proper genre.  Aside from having a young protagonist, there’s no real difference between many adult books and many book for youth save their marketing.)

The answer I received from the agent is that while a young protag isn’t automatically indicative of YA, it’s difficult to know without examining the novel’s subject matter and, more importantly, both the tone and voice of the work.

In other words, an always helpful “It depends”.

This is the problem with historical fiction.

There isn’t even a consensus on how far back in time the “historical” needs to be.

During the course of the Q&A, someone asked if a novel set in 1984 is considered historical.

“1984 is definitely historical,” the agent declared.  “The 90s are historical, anything in the past is presumably historical if it wasn’t in 2010 on.”

Far be it from me to disagree with an agent, who is an expert in the field of marketing and selling books.  But this answer was honestly not the one I expected.

In my humble opinion, certain time periods are very obviously historical: the classical period is historical, the medieval times are historical.  I would even consider 1960s America historical based on how technology, social conditions, and the general ethos of mainstream society differed from those of today.

According to Wikipedia, as of 2012, the age distribution of people aged 65 and over in the United States is 13.4% – the smallest category of people – which means that there are fewer people who were children in 1960 than those who were not.  This, to me, suggests historical.

It’s not just me who’s struggling to find the common ground in this.  According to Wikipedia, the Historical Fiction Novel Society states that “history” starts at least 50 years ago, while other interpretations include only 25 years ago or instead from the middle of the 20th century or earlier so long as the author is writing from research rather than personal experience.

A sense of setting

More than anything, determining what is and isn’t truly historical fiction seems to be dictated by how the historical setting is utilized.

It’s fully possible to write certain types of stories in near-past settings where the time period has nothing all to do with the plot.  A love story set in 1990 could be virtually indistinguishable from one set today save the absence of texting and the fact that the couple won’t have met on Tinder.

Indeed, modern technology is often a hindrance to the plots of contemporary writers.  A lot of plot complications of old could today be solved by whipping out one’s smartphone.

Because of this, some writers will intentionally set their stories in the near past so that it can still have a modern feel yet problems can’t be solved by a simple text or mobile call.

(I read somewhere once that despite having been written in the between 1997 and 2007, it’s obviously that Harry Potter is set in the early 90s due to the absence of any sort of wizarding equivalent to the internet.)

At the same time, I’ve read some completely anachronistic tales set in ancient times, for no other purpose, it seems, than because the author thought the protagonist would look good with medieval garb and a quest to help save (or overthrow) a king.

This is to say, not all stories set in the past are necessarily historical.

All stories have power.  The unique power of historical fiction, however, is invoked when the historical aspect is used to its fullest potential, like the setting of any good story should be.  The historical setting should be palpable in how it influences the thoughts and behaviour of the characters, which in turn will influence the story’s outcome as a whole. 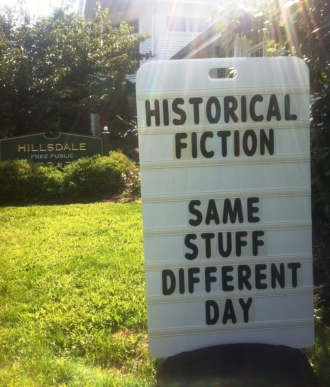 The purpose of history in general is for us to examine our checkered past, to learn from it, and to apply those lessons to the present and future to make the world a better place.

Historical fiction is one method for learning about history – about how the past differed from today, how it was the same, past mistakes we’ve made, and ultimately, how far we’ve come as a society.

Meanwhile, in instances where we haven’t come nearly far enough, historical fiction can be a vehicle to illuminate and advocate against this fact through the inevitable parallel modern readers will draw with the modern world.

I hope to figure it all out someday soon.

What is the power of the genre that you love to write or read?  What are the problems with it?  Tell me about it in the comments.