If I were to equate the current stage of my writer’s journey with that of the classic Hero’s Journey, I’d now find myself at stage sometimes referred to as “The Belly of the Whale”.

Which, in my opinion, is perhaps the most perilous of all the stages – even more so than the main confrontation of the story’s climax – for at this stage, the hero still doesn’t have a complete sense of what s/he is up against; a true, Rumsfeldian “unknown unknown”.

That is to say, I’m getting ready to revise my first completed novel.

I’ve never revised anything this long in my life.  My longest revision to date – my university thesis – was only 75 pages.  Including many graphs, figures, and at least five pages alone of bibliography.

But the 400+ printed pages in the lime green binder I got from Wal-Mart do. 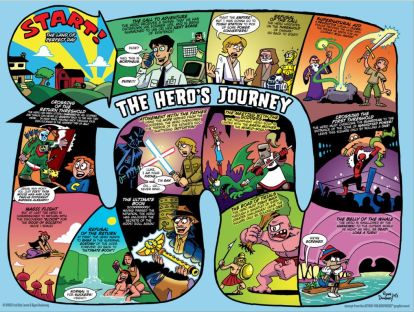 It’s not the fact that I wrote this book back in 2005, having years later, following a prolonged writing hiatus, made the debatable decision to complete the remaining two books of the trilogy in draft before going back to revise any of them.

(Although it’s also not not the fact, at least in part: 10 years is a bloody long time, and I know my writing style and skill and even my outlook on life as has changed considerably in the interim.)

It’s not the fact that book #1 isn’t even the correct genre at present, the entire thing having been conceived of and composed as a work of fantasy – historically-influenced, admittedly, but still, not true historical fiction.

(Although it’s not not that fact either: I’m going to have to try to shove my plot in between the narrow ribs of historical fact and plausibility and hope (pray) for at least a partial, easily re-shaped fit.)

Fear and a (mostly) forestalled life of crime

More so than anything, though, my pre-revision woes stem from the terrifying thought that it all begins here.  That the future outcome of my publication dreams for this whole series hinges in large part on the strength and success of my actions with this draft of this book right now.

Which is likely the reason this draft of this book in its lime green Wal-Mart binder has been sitting untouched on my desk since the day I printed it a week and a half ago.

It takes a truly special sort of neurosis, I think, to be afraid of one’s own work.  Funnily enough, the way I feel now is about the same as I did when I first started writing the book back on June 21, 2005.  In the journal I kept at the time I wrote the following:

I started my new novel last night.  I felt a little nervous and unprepared all day beforehand, however it really was time to start – I really was beginning to over-think the situation.

Obviously I found a way to push past my nervousness from that time (I wouldn’t be here with a similar feeling today if I hadn’t), so I’m confident I’ll do so again now.  Like everything else in my life, I just need to make a plan.

Stage one of this revision plan has involved gathering all the essential equipment, which includes the following:

Printing manuscripts at print shops, I’ve come to discover, isn’t cheap, a 400-page draft (and just the first one at that) costing anywhere from $40 or more.

Thankfully, it just so happened I had an inkjet printer in my house circa 2008 that I’d been too lazy to cart away to the enviro depot during either my recent household move or the one previous.

I just needed to find some ink cartridges that would work in this legacy machine.

Cheaply, if at all possible.

I used compatible (i.e. third-party) inkjet cartridges all through university.  By my third and fourth years, I was refilling the things myself with a kit containing four syringes and a bottle each of black, magenta, cyan, and yellow ink because I am both handy and stingy like that.

Nowadays, in the era of the Internet, compatible cartridges is cheaper and easier to find than ever.  At $2.99 apiece, not only did the printer (eventually) work perfectly, the cheap ink yielded a good 50 pages more than its estimated yield.

I came this close to stealing a ream of paper from work, but ultimately refrained because I didn’t want the bad karma of theft associated with my novel.

Plus stealing is wrong.

Especially from a not-for-profit.

When it comes to editing or otherwise making corrections, only one colour of pen will do for me.  And since I have no desire to re-create the stress of every wrong answer I ever made on a test in high school, for me, that colour is green.

However individual green pens are insanely difficult to come by: I certainly didn’t find one in the school section of my local drug store chain, or even on the shelves of Staples Office Depot.  I tried to order one in to my local Staples store, but discovered the shipping would be FIFTEEN DOLLARS – their standard price – for a three dollar pen.

I stole one from work instead.

It doesn’t count as actual stealing if I’d already taken possession of it for office use.

I’ll take it back to work when I finish with it.

Lime green to match my manuscript binder since the soon-to-be start of my first ever novel-length revision is yet another special occasion worthy of commemorating with colour. 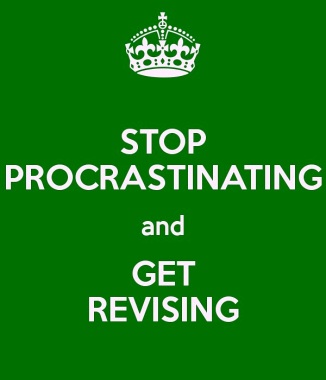 Stage two of my revision plan involves reading – not of the various how-to-revise books and web pages I’ve amassed over the years.

Rather, I’m going to go straight to the offending document itself, reading it through from start to finish while making note of general notes corrections.

This book is so old and out of step with where it needs to be, before I get too involved in learning the finer techniques of revision, a large amount of re-writing unfortunately has to happen first.

The question is, though, how large?

What do you do to get ready to revise your writing?  What revision tips can you offer a first-timer like me?  Let me know in the comments.