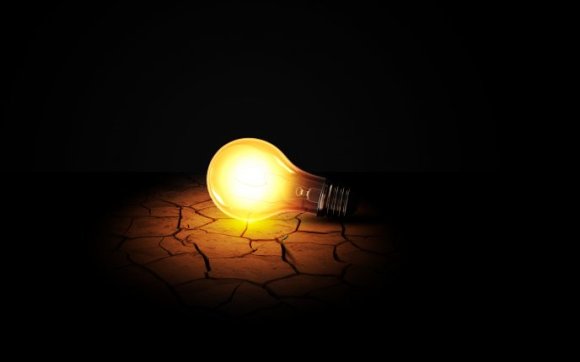 How the hell did “write what you know become” the most opt-repeated piece of writing advice anyway?

Maybe it’s because it’s the first advice many of us ever received.  Certainly it seems like it should be beginner advice.

I can see it perfectly: a student of sixteen or seventeen hunched over his/her desk at school, pencil in hand poised above a sheet of three-hole-punched, lined loose leaf.

(Am I totally dating myself with this memory in longhand?  Do high school students even write by hand  in school anymore?  The pencil in this vision isn’t even mechanical).

This student is in the middle of English Lit class and has just been informed by the teacher that it’s creative writing time.  “Write a story,” the teacher instructs, and the student furrows his/her brow in frustration.

“Don’t worry about it, just write about something you know.”

Don’t know much about…

To be sure, such advice is a great jumping off point for when one’s grasp of the principles and skills of writing craft are still new.  There’s already enough to keep straight at that point without having to come up with an entirely new treatment of a subject on top of that.

But upon becoming an adult and having lived a whole lot more of life, I find that “write what you know” definitely offers diminishing returns of effectiveness.

Largely because I don’t know sh*t.

One of the many joys of growing older, aside from slower recovery time from injuries and having people start to call me “ma’am”, is the realization that I don’t know nearly as much as I once thought I did – that when it comes to the people and events and concepts that shape the world around me, life is full of an ever-increasing number of shades of grey and alternate ways to see and perceive and experience.

And that’s the stuff I at least know a little bit about.  There are also things in life of which I haven’t the foggiest firsthand experience – things I’m nonetheless curious about and want to explore.

Because that’s pretty much my thing when it comes to writing and why I do it: to explore concepts, to clarify my position upon them, and to convey that position to whomever cares to read it.

“Write what you know”, in my opinion, is a limitation.  It’s an apologia to only tell stories about places you’ve been, people you’ve known, emotions you’ve felt, ideas you’ve already grappled with and settled in your mind.

“Write what you know” isn’t a call to expand your imagination; it’s permission to go stagnant.

“Write what you know” is part of the reason for the rampant under-representation in media, holding back writers who want to include diverse characters and settings by wrongly making them feel like they don’t have to right.

It fuels the sort of thinking like that of award-winning YA author Andrew Smith, who, in a recent interview, when asked why there are so few women in his books, stated (more than a little incongruously):

I have a daughter now; she’s 17. When she was born, that was the first girl I ever had in my life. I consider myself completely ignorant to all things woman and female. I’m trying to be better though.

I’ve never been more conflicted by an ostensibly sexist quote in my life.

I practically find myself wishing he’d just come out and said, “Women suck and writing them sounds less fun than a root canal.”

That would’ve likewise ticked me off, don’t get me wrong; I remember being annoyed when David Gilmour, a University of Toronto English professor – i.e. an arbiter of higher learning, thought, and inquiry – said he was disinterested in teaching books by female authors in his class.

But at least Gilmour was brave enough to make a stand, which I can sort of respect (sort of, kind of, I guess, if I squint and tilt my head just so.)

What I hear in Smith’s quote, though, is that he’s not against writing female characters, but doesn’t think he can.  Because he feels he doesn’t know women.

So he’s sticking to writing about what he knows.

The solution to “write what you know” is research.  All stories require some manner of study anyway to get the little details right, so why not keep going.

Be it through reference books and websites, travelling, or just meeting new people and talking them about their experiences, the world opens like an oyster when a writer goes searching for new inspiration.

Here is a partial list of things I don’t personally know but made a point of learning so I could write about them:

I run a writers’ social group that meets regularly and to which new members are always welcome. Whenever new members do come, I always ask everyone to introduce themselves by saying their name and the type of writing they do.

There is one fellow who, from his very first meeting (he is now a regular), replied to the question of what he writes with a resounding “I write what I want to write!”

Don’t let what you know (and more importantly, what you don’t know) hold you back.

What are your thoughts on the advice to “write what you know”?  Do you follow it?  Why or why not?  Let me know in the comments.

9 thoughts on “Is Writing What You Know Holding You Back?”