No, it doesn’t involve an awesome vacation, but more on that in a bit.

I’m having a “working summer” this year. This isn’t unlike how I often have “working weekends”, during which I get caught up on all the errands, chores, and other adult-life necessaries I didn’t do during the week because I was busy writing.

Full-time jobs are hell on both writing time and fun, relaxing weekend time, though I guess we all need to suffer a bit for our art.

But I’ve currently got some BIG tasks that need doing.

I usually take a trip over summer, typically in August. Even though August is when Vancouver’s weather tends to be the best, for a variety of reasons, by August I’m usually ready to get the heck out of Dodge for 2-3 weeks.

This August, however, in addition to my writing and all the deferred tasks that come secondary to it, I’ll be a month into a few special projects and still going strong.

Thankfully, I’ve learned my lesson from one overextended working weekend too many and have limited my summer projects to four (one of which is a work project to be carried at the office, leaving only three that I have to do on my own time).

Perhaps not surprisingly given my studious nature, all four projects have reading/research involved:

So named for the poem Ulysses by Alfred, Lord Tennyson, as quoted in the book I just finished reading (and loved!) The Cuckoo’s Calling by Robert Galbraith aka J.K. Rowling:

I am become a name;
For always roaming with a hungry heart
Much have I seen and known: cities of men
And manners, climates, councils, governments,
Myself not least, but honored of them all….

In particular, my goal is to become better known and networked within the realm of my day job. One way I plan to do this is through the popular business-oriented social media site, LinkedIn.

I’ve been a member of the site for a while now, but never knew how to use it effectively to connect with key people in one’s field and gain access to unadvertised job opportunities the way I’ve heard it’s possible to do.

All that will soon change, however, for I’m reading all about LinkedIn, learning lots, and plan to make the site one of my regular social media hangouts.

Another one related to my day job, in which part of my role is program evaluation.
For some time, our depth of need program evaluation has been growing, yet was continuous met with a deficiency of skills on my part.

Not so anymore; I’ve spend the latter part of last year and the beginning of this year taking courses to boost my skills.

I’m now ready for the hands-on application of this learning.

For this summer project at the office, I’m going to design a framework to evaluate our programs from top to bottom.

It’s said that people who live in glass houses shouldn’t throw stones, but I’m going to point out exactly where our work is falling short, and make recommendations for its improvement.

3) Operation “Go Back in Time”

Not literally, of course, for comedian and social critic Louis C.K. warns of the dangers of non-white people participating in time travel:

Rather, I’m referring to the next novel I plan to write when my WIP is complete. It will be my second attempt at my very first novel, which has been incomplete and shelved for some 10 years.

Originally fantasy, I’m thinking of rewriting it as historical fiction set in the time of Ancient Greece.

Which requires me to learn something about Ancient Greece.

I did study it back in history school, but there’s not much I remember, and will need a greater-than-high-school-level understanding of period besides.

Lucky for me I love research, and Ancient Greece is an extensively researched topic, of which my local library’s holdings are vast (if overly heavy on my poor shoulder).

Last November, for my 35th birthday, I wanted a huge bash with everyone I know.

Unfortunately, my birthday falls around the start of the Christmas season, so finding a day when most people weren’t attending this or the other Christmas party proved impossible.

I hate Christmas, so having the anniversary of my birth overlooked in its favour was the ultimate insult. I abandoned the whole party endeavour, bought myself some Häagen-Dazs as consolation, and spent the evening contemplating which numbers to delete from my phone.

This year will be different.

This year, I’m taking my birthday on the road and outsourcing the plan for its commemoration. If I can’t party with my own friends, I’ll do it up with someone else’s. Just being away in a different place will be a celebration in and of itself.

But I have a good friend who loves a good party and knows more people than I’ve known in my entire life.

And who just happens to live in Australia. 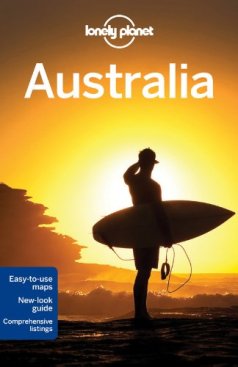 What are you doing this summer? Something fun? Educational? A boring adult-life necessity? Let me know in the comments.

6 thoughts on “How I’m Spending My Summer”