(A/N: Post title is a play on the song Tell It Like It Is by Tracy Chapman.  I don’t know what it is about this series of topics that lends itself well to making post titles out of modified song titles, but I plan to keep rolling with it as far as it will go.)

Every writer has to conduct some manner of research to inform his/her story.

Even when writing a memoir or a tale otherwise drawn completely from personal experience, I’m willing to bet the writer will need to look up or into something, whether it’s the layout of a city or the history of a particular landmark, or the number one single on Billboard at the time.

In historical fiction, however, the research needs are as astronomical as they are minute.  Not only must one research the plans of cities (that may or may not still exist), you also need to know what the roads were paved with.  Information about a landmark might be coupled with that about what was fed to the slaves that built it.  The names of popular songs might be accompanied (no pun intended) by details on what the stringed instruments of the time period were strung with.

And that’s not all; not by a long shot.

In a guest post over at The Creative Penn, historical author Dr. Sanjida O’Connell writes the following regarding research for historical fiction:

You need to know what your characters ate, what they wore, how they washed (did they wash?!), how they got around, where they lived and even harder to find out but equally crucial, what they thought.  In the country of the past, people had different beliefs and customs; even their history was viewed alternately than we see it now. What was the zeitgeist of the time? Had the motor car just been invented? Was a scientific renaissance rising or dying? Then there are major historical events that overshadow your story but that your characters may be unaware of.

Over the past five months, I’ve needed to find information on – in no particular order:

Just to name a few. 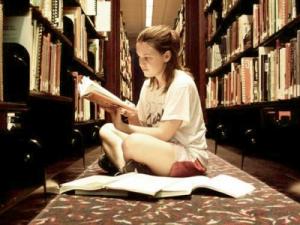 I can take nothing for granted.  At every turn of the story – whether a major plot event or a simple description of a person or location – I find myself needing to verify some detail to ensure what I’ve written is historically accurate.

Author Robert Brockway conveys it best.  In his article “How to Become an Author, in 5 Incredibly Difficult Steps”, he writes the following regarding research:

If you give a damn about the quality of the work at all, every other sentence means a pause for research. You write the word “steel” and then you have to stop, and wonder: “Is steel strong enough to do this? Wouldn’t they have something better than steel in the future? Where is the future of the steel industry heading?” Six hours later, you’re Googling “hardened mesh weaves” and “nano-tubes” just to finish [a] sentence[.]

Brockway’s genre is science fiction, so steel, mesh weaves and nano-tubes are where he gets stuck.  As a writer of historical fiction, the nouns might be more antiquated, but the thought process is exactly the same.  A recent stuck-point for me had to do with candles:

Is this household wealthy enough to warrant candles?  Would they be made of wax or tallow?  How many would be burned in a day?  Would it be lit already by 4:00 in the afternoon?  How late in the evening would it stay lit?  Would this be a daily occurrence, or only for special occasions?

These sorts of hang-ups are all too common for me – so much so, it seems like the more information I come to know, the more I know about what I don’t know but must know.  Which is both time-consuming and hard work, and seriously slows down the process of actually writing – of getting new words down on the page.

Sometimes I really envy those who write fiction set in modern times.

Thankfully, my early forays into writing fantasy came to help me in my transition to historical fiction, for the two genres have much in common.

Both have a need for intricate world-building, differing only in that with historical fiction, you have to look all those details up whereas in fantasy, you have to make them up.

As well, in both fantasy and historical fiction, internal consistency is essential – most notably with regards to systems of magic in fantasy, and in historical fiction, regarding anachronisms that erode the fidelity of the past social conditions you’re attempting to re-create.

Finally, both genres contain magic of a sort, for the history of the real world is no less magical than land of make believe, regardless of your era of interest.  Once you really get into your historical sources, and embark on the treasure hunt from one source to another as mapped out by their bibliographies, some of the things you can learn are really nothing short of fantastic.

I loved making up new worlds when writing fantasy, and now love researching and re-constructing old ones just as much.  It’s an exciting way to learn about history – about where we’ve been as a people, what we’ve learned from the past, and ultimately, where we’re going in the future

Writers of any genre, what’s the strangest thing you’ve had to research for a story?  The most difficult?  The most fun?  What are your research methods?  Consider leaving a comment.