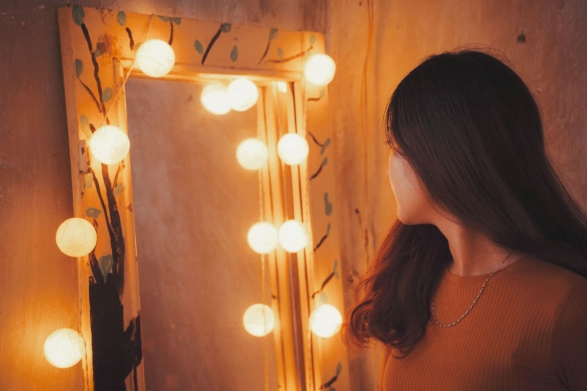 Last year, while having parts of my WIP critiqued by a CP, I received an unexpected bit of feedback.

You need to tell us what this guy looks like.  I don’t know whether he’s fat or thin, tall or short.  I need that information to place myself in the scene.

Interestingly, I maintain that I did describe him:

He seemed to be in his early thirties, and when his features relaxed, like he’d looked that way since his early twenties.

I intentionally left a lot to the imagination.  For one, I chose to focus on details that best reveal this character’s notable personality traits—a jovial, rakish, well-travelled adventurer who has denied himself no thrilling experience, no matter how ill-advised, and thus wears the marks of his great laughter, great pleasures, and just as often great calamity upon his face.

For another, to a point, I’m opposed to describing a character’s physical appearance.

Part of this is because what many people consider to be an effective physical description—height, eye colour, hair colour, hair style—is not only boring and clinical, but forgettable.

It fails to convey anything unique about the character as a person.

Another reason I’m against physical descriptions is because, unless it really does matter, it matters not at all what a given character happens to look like.

In my medieval WIP, the protagonist’s physical appearance matters, at least in concept.  She is meant to look like a feminine version of her father, matching him in hair and eye colour, both of which are intentionally different from those of her sisters, who both more so resemble their mother.

That this contrast exists is a requirement to my story’s plot.  What isn’t technically required, though, is that I specify all the colours in question.

Which isn’t to say that I didn’t specify.  Once I got talking about similarities and variances among people’s appearance, assigning the protagonist and her father dark hair and a neutral white skin tone compared to the blonde, pale white other daughters just seemed easier on the reader, giving them something concrete to call up in their mind.

Indicating the colours also allowed me to play with the notion of the family outcast or “black sheep”—which my protag is—in a more overt way, and also to subvert it through her being the protagonist at all, and thus heroic by definition.

But all this was still a conscious choice on my part.  Whether or not a character has blonde hair vs. dark hair vs. blue hair usually has zero bearing on the plot, and mine is no exception.

But stories that lack such descriptions allow for mental casting by the reader.  They let the reader visualize the characters for themselves instead of having the author’s vision imposed upon them, the result of which, in my opinion, is a more personalized reading experience.

5 thoughts on “Characters’ Physical Descriptions in Fiction: An Argument in Opposition”