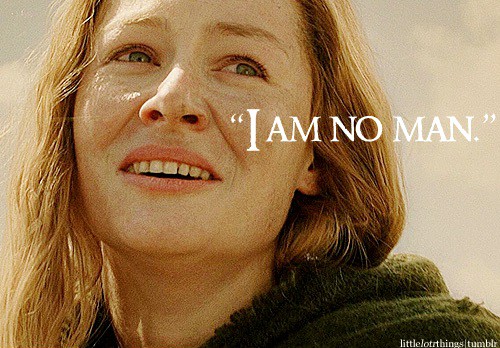 It’s a tiny, seemingly throwaway phrase I hear uttered every day – from my own lips included – and it drives me just this side of batty.

As a writer, I’m very concerned and interested in the language I use, both on paper and verbally.

Part of the reason I’m such a slow writer is because, for me, every sentence is a search not just a word, but the exact word – the word that conveys the precise sentiment of what I’m trying to express.

I have a good friend who’s also a writer and has English as a second language.  She is fond remarking how, for her, writing is often its own unique form of torture since, in English, every last thing, no matter how insignificant, has its own individual word.

(To this, I’m fond of replying that because English is the product of several diverse linguistic influences and is the ultimate vocabular packrat to boot, there’s probably more like four words for everything.)

But all these synonyms mean slightly different things, which, in most situations, means that only one will really do.  Much of my writing time is spent digging deep to try to get those right words out the first time around.

I do this because, ultimately, there’s no net savings of time if I don’t: whether now or not, I’m eventually going to ditch any placeholders word and figure out the exact ones.  I prefer to say what I mean upfront instead of later.

I’m generally no less careful about the words I use when speaking.  Being an introvert according to the Myers-Briggs typology, I’m inherently the sort of person who thinks before speaking, unlike extroverts, who often do their thinking out loud through speech.

As a result of all this, I find myself particularly rankled by my frequent, careless usage of a most vexing phrase.

By any other name

“You guys” is an expression we’ve probably all used, and often.  It’s a pronoun phrase used to address a group of people rather calling each person by name, which, in theory, is quite convenient, especially for a very large group.

The problem with it, of course, is that it’s used to address groups of others than just biological guys.  “You guys” is used with all-male groups, with mixed-gender groups, even with groups of all girls.

Intellectually, the expression “you guys” seems woefully inadequate amidst such diversity.  Mildly insulting as well, in my opinion, because of what it alludes to: that someone who’s not a guy should nonetheless be okay with being called one; that a male figure is the default – the umbrella under which all other humans are clumped – that automatically comes to mind more often than not when no gender is specified.

That the gender differences of others don’t matter, not even enough to differentiate in speech.

And yet try doing the opposite: try addressing an all-male group – or even a mixed-gender group of mostly females – as “you girls” and see what sort of reaction you receive. 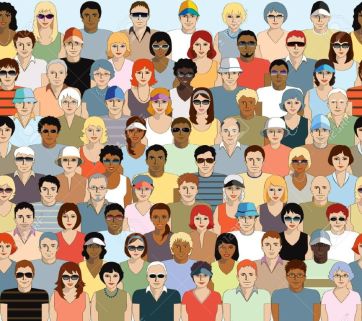 In some cases, violence.

What does that say about how society views non-males?

“You guys” comes with some serious cultural and linguistic conditioning; I know this from how frustratingly difficult it’s proving to eradicate the expression from my vocabulary, now more than two years into the process.

I’ve been getting better in formal settings – such as while facilitating – because my general preparation to do this work makes me especially mindful of every word I plan to say.  Also, because “you guys” is already rather nonchalant.

However in casual or unforeseen situations – for example, when I unexpectedly come upon a group of friends while out in the world – “you guys” often makes its traitorous reappearance.

Habits aren’t broken; they’re replaced, and even then, as my own experience has proven, it can take considerable time.  In order to banish “you guys” forever – in order to quit using lazy, placeholder words and say what I actually mean the first time – I’ve had to put more conscious thought into figuring out what words I can use instead.

This is a great, inclusive, almost inspiring word that sounds very natural and works in a variety of situations, both formal and informal: “I want to ask everyone a question.” “Hey, everyone, how’s it going?”

In English, we’re fortunate to not have to use two separate words for singular “you” and plural “you” the way certain other languages do (e.g. French has “tu” for singular and “vous” for plural”).  As a result, many of the things one would say to address an individual person can be copied wholesale for use with groups: “What do you think?” “Did you find that activity difficult?”

In English, it’s unfortunate that we only have a single word for both the singular and plural “you”, because our usage tends to favour the singular, which can sometimes make its use for groups ambiguous without some sort of sweeping hand gesture to clarify that you’re addressing more than one person.

Taking my cue from a French-Canadian friend of mine who’s unwilling to surrender his plural “you” upon the throne of the Queen’s English, “you’s” is a much less formal/much more colloquial option, grammatical incorrectness be damned (just look at how many words Shakespeare invented*): “See yous later!”  “I need yous to come help me.”

Say what you want about the American South but “y’all” – a contraction of “you all” – is a great, gender-neutral pronoun that rolls quite easily off the tongue and that I now use often without either irony or disdain in both my personal and professional lives: “How are y’all doing?” “Y’all can take a break in five minutes.”

Another option, albeit one I tend to reserve for either very specific types of statements (“All you people go sit over at that table, you people at this table here…”) or for close friends to be intentionally cheeky given the often discriminatory connotations of the expression.

A rather old-timey word that in my opinion is due for a renaissance either on the job or at home: “Some folks felt the activity was confusing, so let’s work through it together.” “What are folks doing this weekend?”

Are there any words or phrases you’ve either eliminated or want to eliminate from your speech?  Let me know in the comments.

(*To my French-Canadian friend who I’m fairly certain is reading, I’m in no way saying you’re in the same category as Shakespeare.  Sorry, didn’t mean to get your hopes up there.)

30 thoughts on “Watching My Language (or, On the Quest to Gender-Neutralize My Speech)”