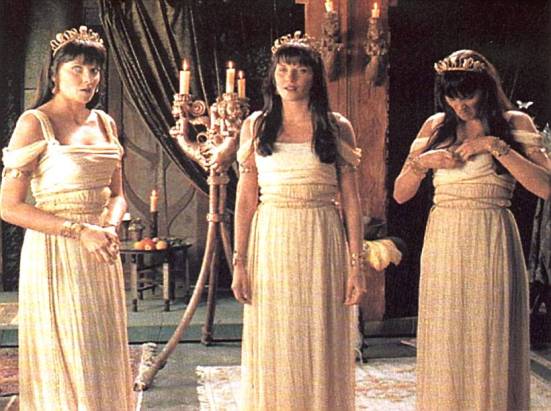 I originally started my replay of the seasons of Xena Warrior Princess to help me in re-conceiving an old, shelved novel of mine that I want to rewrite set in Ancient Greece.

Of course, I recognize that what will help me most in this endeavour is a thorough study of actual Ancient Greek history since Xena, although a rollicking good time to watch, is historical-ish at best – a work of historical fantasy that’s at times quite heavy on the fantasy, straining the linearity of the historical timeline to the limit.

(This season alone, Xena has dealings with legendary Celtic queen Boudicca, with Egyptian queen Cleopatra, in ancient China, and against the Persian army on their way to the Hot Gates at Thermopylae.)

Still, my love for Xena will never die, and season 3, I’ve rediscovered, is my new favourite season to date for the same reason TV in general is my favourite form of visual media – so much more so than movies, which to me frequently feel foreshortened and lacking in sufficient character growth and depth:

Because a TV show – particularly one that runs for multiple seasons – is a far better visual representation of the progress of a novel, especially of the more challenging aspects a writer has to work into an effective story.

Xena as a character is both the hero of her own story and a hero in general (in my opinion, a superhero as well).  As such, her ongoing arc follows much of the classic Hero’s Journey, parts of which played out well in this season.

In particular is the Hero’s Journey stage often referred to as “The Reward”, which occurs near the beginning of Act II.

Season 3 of the show contains the greatest number of fun, campy, and overall comedic episodes yet.  These installments, while still ultimately involving problems that need to be solved, possess a noticeably lighter tone than the guilt and self-excoriation on account of her violent past that infused many of Xena’s earlier adventures.

Examples of these amusing exploits include:

Many favourite characters return for these madcap adventures, including Joxer, who features in almost all of them; Ares, the Greek god of war; Aphrodite, the goddess of love; self-proclaimed King of Thieves, Autolycus, and Minya, the tough country girl who can read and who is Xena’s biggest fan.

The sidekick’s other side

Season 3 was not all fun and games, however, as more than once Xena and Gabrielle’s relationship is tested and for a time found lacking in sufficient strength. 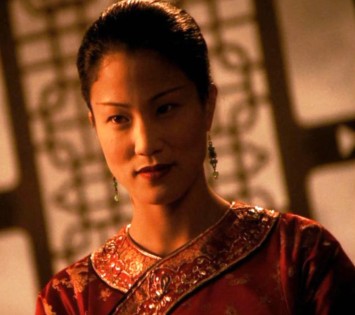 The issue between the two women represents another layer of internal conflict in the show to complement the various external conflicts with warlords, gods, and demons and the existing internal conflict Xena still has over her dark past: namely, that Xena and Gabrielle have inherently incompatible personalities.

Xena, at her heart, is a warrior, and lives by a rough code of justice.  While she now fights for good, she still has no problem serving as both judge and executioner for the nameless masses who come up against her.

When Gabrielle first met and followed after Xena in Season 1, she wanted to see the world and to become a warrior just like Xena.  However this desire was tempered by Gabrielle’s dislike for needless violence and her belief in the essential goodness of all people.

Gabrielle does learn how to fight – she even unwittingly ends up becoming an Amazon princess – however her weapon of choice is the staff, which she only ever employs to subdue, not to kill, instead preferring to talk (or fast-talk) her was out of bad situations.

Gabrielle’s compassion for all people had thus becomes an important trait across the entire show. Not only is it that which led her to see the goodness in Xena (and likewise led Xena to see it in herself and to live according to it), it’s also the nagging whisper that threatens to tear Xena and Gabrielle apart.

More than anything, with Xena momentarily at peace with the person she used to be, season 3 is about the growth of Gabrielle from merely Xena’s sidekick to a main character in her own right (to the point that Gabrielle leads a number of episodes on her own with Xena only showing up at the very end after the problem has been resolved). 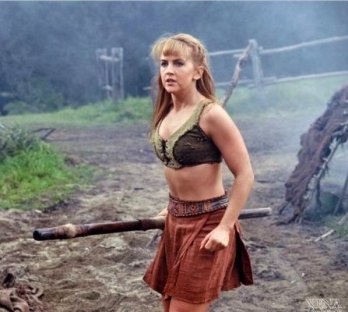 Having grown up a sheltered, if feisty, maiden in a tiny, traditional village, Gabrielle has now experienced some of the hardship and heartache the world has to offer, some of which has had lasting effects.

Xena is still my favourite of the two of them (indeed, my favourite fictional character period), for Gabrielle strikes me as a socially-acceptable, mainstream good-girl trope created to help make Xena’s unconventional behaviour and personality more palatable.

However, moving forward into Season 4 (of which I believe I only ever saw a handful of episodes when they originally aired back in the late 90s), I look forward to seeing how Xena and Gabrielle navigate the commitment to their friendship amidst their ever diverging outlooks on life.