It’s been years since I’ve been to a concert.

I’m not really sure why this is the case.  I have a close friend who is as much a music lover as I am, and we have a standing commitment to see at least one concert together a year.

END_OF_DOCUMENT_TOKEN_TO_BE_REPLACED 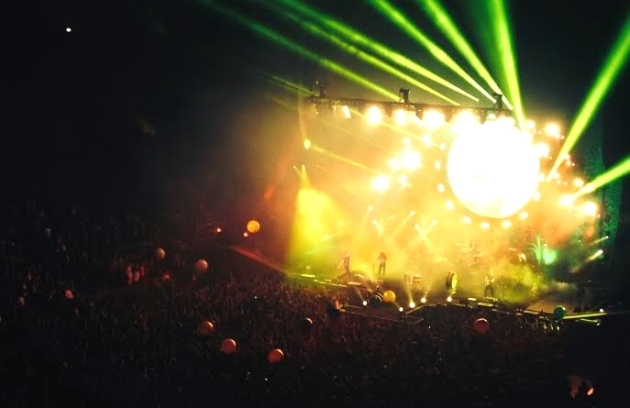 From the recent Imagine Dragons concert in Vancouver. I thought this was the moment I’d been waiting for, but the best was yet to come.

I never paid much attention to the Imagine Dragons before the Grammy Awards on January 26.

I was well familiar with their radio-friendly first single, Radioactive, but also knew they were very popular with the kids in the youth programs I work in.

Which right there put me off of them, for surely my musical tastes were more discerning than those of a 12-year-old.

Then the Grammys happened.  I don’t own a TV, but followed the progress on Twitter and the official Grammys website.  When Radioactive won Best Rock Performance, it made me curious in spite of myself about what the rest of their debut album, Night Visions, sounded like.

In a word: great.

In a few more words, it’s easy to see why they’re so popular, and likewise why their fan base is of such diverse ages.

END_OF_DOCUMENT_TOKEN_TO_BE_REPLACED 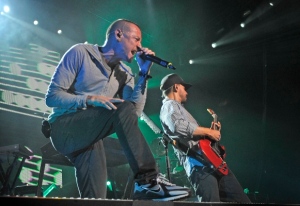 So, finally, this week, the long-awaited Linkin Park concert occurred in Vancouver.

I’ll answer two questions right off the bat: 1) Yes, it was awesome, and 2) no, it won’t be the last concert I ever go to.

I was quite surprised, however, by the set list the band selected to play.  Not because they played songs I didn’t know or like (I know and like almost all of Linkin Park’s songs, so that’s never a concern).  Rather, it was because their set all at once caused me to perceive the band in a different way than I’d previously done all the years I’ve been a fan, since 2000.

Which, in turn, recalled me to the fact that what a music-lover/reader/viewer takes away from a song/novel/movie/TV show/etc. might be wildly different from the intended message of the artist that produced it.

At times, I was quite stridently reminded of this fact.