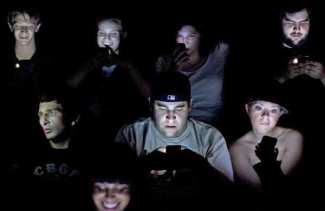 I am a music lover.

As I mentioned for one of the seven things about me when I was nominated for the Versatile Blogger Award, music is both the filing cabin and the encyclopedia of my mind.  It helps me make sense of my life through my tendency to categorize and understand my various experiences according to specific lyrics or sounds.

Music is also intrinsically tied into my writing life, for I can’t write well without it, and it likewise inspires my daydreams, my imagination, my stories.

My love of music was one of my largest motivators for finally giving up on shared living last year and getting a place on my own, for I couldn’t play my stereo at 6:30am since my roommates didn’t get up that early.

My love of music also resulted in a 30km-journey to the suburbs by public transit to buy a pair of high-end second-hand Harman/Kardon speakers.  I hate public transit.  I’m not wild about the suburbs either.  But I believe that true enjoyment of music is obtained, not through earbuds, but when it’s played aloud and you can feel it in your solar plexus and the soles of your feet.

Hence, my love of concerts.

There is no greater musical experience for me than hearing my favourite artists perform live.  How wonderful it is to have the pulse of their music rumble in my chest as if trying to substitute for the beating of my heart.  Plus, I love hearing the variations in how artists perform their material live, especially for songs I previously disliked, and especially if it results in my being given a brand new appreciation for those songs, if not a brand new love.

Last Sunday, I went to see Yanni in concert.

For those who aren’t familiar with him, he is a Greek-born modern classical/world music composer and pianist whose orchestra is comprised of musicians from all over the globe.  He has performed in some of the most glorious man-made locales in the world, like the Greek Acropolis, the Forbidden City in China, the Taj Mahal in India, and the Kremlin in Russia.

I’ve been a fan of his for a long time.  I own seven of his CDs.  I find his music especially great to write to, as his songs are long, largely instrument, and with a sweeping, inspirational virtuosity that seems especially conducive to both envisioning and transcribing the movie-like images of my novel-in-progress that reside inside my head.  He also reminds me of good times with my mom and stepfather, for the first time I saw him in concert, six years ago, was with them.

Given all this, I was convinced this concert was going to be something really special.

I was only partially correct in this assumption, for while the music was absolutely fantastic, the other people watching the show – at least some of them – most definitely were not.  And I now find myself contemplating whether Yanni’s will be one of the last concerts I ever attend in a sit-down, concert hall setting.

My 3 reasons for this are as follows:

1. People showing up late:  Vancouver isn’t exactly the most punctual city to begin with, what with the whole “chilled-out West Coast vibe” and all, but there was no opening act, so all ticket-holders knew that Yanni would be putting fingers to keys at 7:30pm.  Yet by 7:40, despite having been settled in my seat for a good 20 minutes already, I’d been denied enjoyment of the concert’s opening number on account of all the latecomers looming over me, (noisily) trying to find their seats in the dark.  Not just once, but five separate sets of people (yes, I counted) trying to squeeze into my row and the ahead of me, each person who passed by me momentarily blocking my view, and one even stepping on my foot.

2. Theatre seats aren’t made for lounging (but not everyone seems to know this):  North Americans, in general, are not as small as they used to be.  I’m not just talking eating too much, for people are also taller with bigger muscles and denser bones than past generations.  I believe all people are worthy of respect regardless of their size, for people do indeed come in a diversity of them.  Theatre seats, however, do not.  Even with someone like me, who is lean and fit, but has broad shoulders, the seats in theatres and concert halls built during the 40s and 50s are too damn small to just let it all hang out.  It would be nice if others would likewise make an effort to constrain themselves.  A theatre seat is not your living room La-Z-Boy recliner, and literally backing me into the corner of my own seat to get away from your overhang is just selfish.

3. People and their devices: I’m of the opinion that reporting upon an experience while the experience is still in progress ultimately detracts and distances you from it.  This is a very generational viewpoint, I know.  I’m willing to concede that I’m just too old to embody the mentality of those who text, Tweet and update their Facebook status at a concert to share how much they’re loving the music (assuming their comments are related to the music at all), which, to me, is a huge distraction from that love.

Where I won’t compromise, however, is in the fact that when you light up a device in a darkened theatre, no matter how much you try to shield it with your body, it’s noticeable – to the people sitting beside you, those directly behind you on either side, and also those at odd angles from you several rows back and several seats away.

It’s also very annoying to have a bright light in your face in the dark.  It ruins your night vision, pulls your attention away from the show you’ve paid good money to see, and, in the case of those trying to record the concert, it’s only going to give you a grainy, poorly lit clip on YouTube that you have to turn your speakers up full to hear.  It will capture none of the full sonic richness of live instruments, venue acoustics, and audio engineering, so why even bother?  Plus, keeping your device on after the usher has twice catch you and asked you to put it away is pretty cheeky.

This September, I’ll be attending the concert of my favourite band, Linkin Park.  I’ve been looking forward to this show since before I even knew they were coming to Vancouver – that is to say, for years.

This concert will be in an entirely different sort of setting – a giant arena that I doubt will be fully dark, with me very near the front where there may not be sitting at all – so perhaps it will be a better experience.  I want to enjoy this concert, so I’m counting on it being better.

Actually, I’m sort of begging for it.  I don’t really want to give up concerts.  And I don’t want my first time seeing my favourite band to be my last.

Though if it comes to that, at the very least, I’ll be ending on a good note.

6 thoughts on ““Don’t steal my armrest! Quit wrecking my night vision!” (or, Why I Might Have to Stop Going to Concerts)”