It was supposed to be a beat sheet I was creating for my next WIP.

I’ve always considered myself a plotter.  I’m very fond of pantsing my way through revisions, rewriting a scene five times in quick succession if need be rather than taking the time to outline the most feasible approach.

But when it comes to developing a story’s first draft, I can’t write a word without a detailed roadmap from start to finish to refer to.

I’ve written before about what I used to call “extreme plotting” on my part—i.e. incredibly long and detailed “outlines” (my current WIP’s was 23,000 words), which at some point seems to circle back upon itself to pantsed become essentially a “zero” draft.

This time, though, in working out the events of my next novel, which is set in Ancient Greece, I made a plan to plot the story.

I would do so by creating a beat sheet, which I learned about from the book Save the Cat! Writes a Novel.  I read this book back in March at the start of the Covid-19 lockdown, and the method really resonated with me (read my 5-star review).

The Save the Cat method involves plotting out 15 key “beats” of your novel, some of which are just a single scene and some of which comprise substantial portions of the entire story (e.g. the Fun and Games beat is some 30% of your total word count).

I was very excited to give it a try, convinced that my past problems with plotting came from not having a formal template or technique to go by. In not knowing what exactly I should include, I included everything, which caused my outlines to balloon.

The completed beat sheet examples in the book were two pages max, each beat containing a description of a short paragraph at the most.

But then my descriptions for each beat started getting … longer (the Fun and Games beat for Character A is 3400 words).

Oops, I did it again. 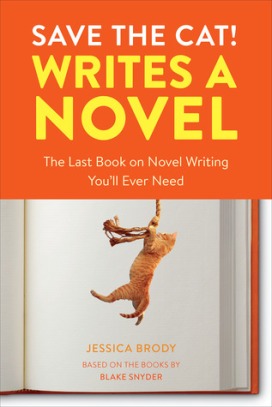 In part, my mind keeps coming back to the famous quote by writer and scientist Blaise Pascal:

I have made this letter longer, because I have not had the time to make it shorter.

Not only was I rushing to plot this novel by the end of the year, like I said I would, I also had to hurry up and capture the various story ideas swirling in my head—key scenes, bits of dialogue, great plans for plot twists—before I forgot them all.

This explains the massive length of my current WIP’s outline as well.  I had to get it all down before all my ideas disappeared.

The mind can be notoriously unforgiving when it comes to inspiration not immediately acted upon.

But there was more to it than even that.  As quoted in Story Genius, another writing guide I read during Covid and didn’t rate quite as favourably as Save the Cat,

This has definitely been my experience in working on this beat sheet.  The more I worked out up front, and the further along I got in the sequence of beats, the more I could see what would come next, in many cases entire scenes unfurling in my mind like a movie.

Which I immediately had to note down in exacting detail—before I forgot it all.

It sounds an awful lot like pantsing. Even though it wasn’t a complete narrative free-for-all—I am working out both character’s beats, as well as the sequence of POV switches, which isn’t a simple ABAB pattern.  Plus I’m writing in complete sentences this time, which I didn’t do for my current WIP’s outline.

Still, probably more so pantsing than not.

Another quote my mind keeps coming back to is by Jacqueline Carey, one of my favourite authors of epic and historical fantasy:

There comes a time when you have to play to your strengths rather than fight them.

Which, in this instance, I’m taking to mean that if this weird form of structured zero drafting is producing the results I want, i.e. a planned out story, then there’s no reason I should judge it, question it, or even care to put a label on it.

One thought on “On Plotting a New Novel By Pantsing It”