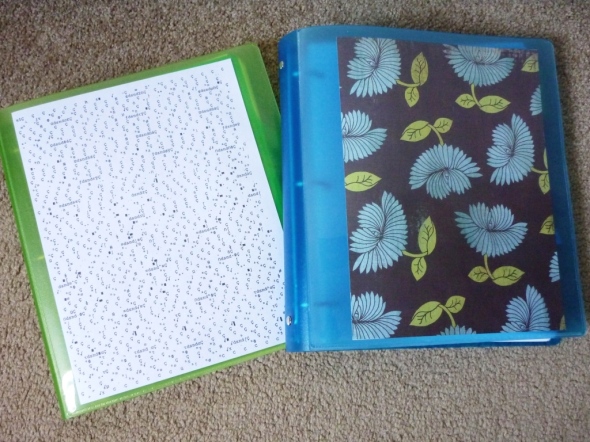 And then there were two: first (left) and second (right) drafts of my WIP

I’ve been down this road before.

The first time I did a complete read-through of my novel, I was terrified of what I’d find.

This time, I was excited as hell.

Reason being, this was the second draft I was going to be reading.  A complete rewrite of the previous draft, which was both the wrong genre (fantasy instead of historical) and written back in 2005 when I may have been long on free time but was considerably shorter on writing skill.

This new draft, rewritten in two-hour daily sessions over the course of last year, is so much closer to the story I’ve been yearning to tell for so long.

It’s still not quite there yet, though, which is why I needed to start going over the whole thing again.

My manuscript once again printed out on my second-hand printer using third-party compatible ink, I thus settled in to tell myself a story.  Here are my reflections on the process of doing so:

My second draft chapters, bottom to top, colour coded by their revision needs

As was the case with my first draft, I approached this latest read-through armed with my trusty coloured paperclips.

As I finished reading each chapter, I bound its pages together with either a green, yellow, or red paperclip based on its need for further revision.

My stats this time around were as follows:

Compare this to the first draft:

Proof that the story is getting better!

Seeing the two sets of paperclips side by side is even more telling about the state of this draft in particular and my writing habits in general, at least with regards to this story:

In both drafts, most of the yellow and red paperclips are clustered at the beginning and the end.  Because beginnings and endings are challenging.  Who’d have guessed?

Specifically in this draft, the last chapter is still reading like a first chapter of the follow-up novel, which it originally was.

Much like with my first draft read-through, my goal in this exercise was to overlook granular errors and omissions for the time being to instead focus on the overall sweep of the story, the big picture.

I would take notes in the margins on what fixes needed to happen, but wouldn’t actually fix anything until I’d finished reading the entire manuscript was ready to move back to the computer.

That was the plan anyway.

What actually wound up happening is that I took one look at all of my torturously run-on sentences and decided I couldn’t not fix them now.

Every single one of them.  By hand.

To make the endeavour even more ambitious (because line-editing 124,000 words by hand wasn’t impressive enough), I decided to put a time limit on it.

I decided to go all in and try to get through all 31 chapters in 31 days, again in a 2-3-hour session each day.

This self-imposed deadline made an already challenging task utterly gruelling – so much so, I ran five days overtime in completing the task.

Not because my sentences were terrible – although they were not great (drafting in stream-of-consciousness is a definite occupational hazard for me).

Rather, it was due to what else I chose to do alongside the line edits.

Last week, I blogged about my favourite revision tips that I learned during a month spent studying the topic.

One of these tips was to create a scene chart to analyze each scene as an individual unit.

The revision how-to books I read recommended a variety of information to include in one’s scene chart.  After some deliberation, I finally settled upon the following:

Since I was reading a hard copy, I planned to draw lines on the paper to indicate where each scene started and ended so I could go back and fill in the scene chart at the end of each chapter.

But I surprised myself with how much I struggled to identify scene breaks.  I started out marking them with a purple highlighter but didn’t make it past the first chapter before I’d switched to pencil, which I often had to erase and do over.

I wasn’t exaggerating when I mentioned last week that working in scenes is a new concept for me.

This isn’t to say that I don’t have proper scenes in my WIP, for I do.  I have a clear sense of the cycles of situation-opposition-exacerbation that comprise a novel, with each instance being a little more dire than the preceding.

Nonetheless, I found both demarcating and deconstructing these cycles difficult, for the entire course of the novel.  This was part of what made the whole read-through process so arduous, for I’d invariably find myself up way past my bedtime every night trying to fill in my scene chart.

But I got through it.  And boy do I have a monster of a spreadsheet to show for it.  My printed scene chart is as follows:

Another revision tip I learned is to re-outline your novel to reflect the changes that occur with each draft.

This was another thing I did at the end of each chapter that seemingly took forever.  I’m not even sure why.  I literally just read it.  Plus, it’s not like it was an exam; I had the pages right there in front of me.

But somehow, condensing each 4000-word chapter into a series of bullet points proved a far lengthier process than it should have.  Perhaps because it was invariably late already by the time I’d get around to doing this, usually right after I finished wrestling with the scene chart.

To be honest, I’m not entirely sure how this new outline will help my ongoing revision.  Still, an up-to-date reference of all that happens in the story feels like a useful tool to have.  If nothing else, I’m sure it’ll prove invaluable when it comes time to write my novel’s synopsis.

I’ve mentioned before how I always write to music, yet how not just any songs from my music collection will do.

It needs to be music that I’m so familiar with, it barely registers with my conscious mind.  In addition, I previously discovered that while revising (unlike while drafting) songs with lyrics are far too distracting to work to.

I had the same trouble with lyrical music during this read-through, no doubt because I was line editing as well.

And so it was that I listened to the same two albums on thirty-five mostly consecutive evenings: the score from the movie The Host, composed by Antonio Pinto, and Age of Wonders by YouTube medieval fantasy composer BrunuhVille.  Here is a favourite from each:

Even though it took me a whole year to write my second draft, I did so fairly quickly (by my standards), creating a lot of new content that I barely remembered until I re-encountered it during this read-through.

As a result, this was as close as I’ll ever come to experiencing my work the way a true reader might – as someone wholly unfamiliar with it, reacting to it in real time as events unfolded.

This is why I got super excited when I came to a plot twist I’d forgotten about in chapter 20:

Me: *reads dramatic reveal in WIP* OMG, so shocking! 😲
Also me: Uh, you wrote it. Remember?
Still me: I forgot, so amaze! 🤩 #amrevising

Of course, this isn’t to say I believe my novel is the best that ever was or will be.  Indeed, fear and self-doubt, try as I might to avoid them, are key components of a writer’s job description:

That point when revising when you think the writing’s good but wonder if the whole concept is crap. Well-written crap is a thing #amrevising

Ultimately, at this point, I’m way too close to my work to be an objective judge of it.  Now that it’s written mostly the way I want it to be, I need other people to tell me if it’s any good.

Thus, the next stage in my revision process, after I input my line edits, will be to give it to my newly-formed critique group for feedback, while I do the same for them with their novels.

Stay tuned for the final verdict!

How do you feel when you read through your own work?  Proud?  Uncertain?  Dissatisfied?  Let me know in the comments.

A/N: I’m taking off for the rest of the summer, so there will be no new blog posts until after Labour Day.  See you in September!