For all that that’s actually six words.

New Year’s is my favourite time of the year.  I love new beginnings and the opportunity to forecast what shape the coming year will take by setting goals to help chart its course and advancement.

Given this, I’m no stranger to New Year’s resolutions.  I even have a fairly decent record of achieving them.

For all that this doesn’t always happen in the year the resolutions were actually set.

I’ve never been the type to procrastinate – indeed, I actually have very disciplined work habits – and it’s a good thing too, for progress already happens slowly enough on its own in my life without me willfully trying to delay it even further.

For the last almost three years, it feels like I’ve been endlessly trying to complete the same old projects:

Thankfully, I did manage some progress on these endeavours over the past year:

(I did also print out a guidebook of different schools that offer a program of study I might want to pursue, but I’m not fooling myself into believing this too is progress, especially I did it back in January 2014 and then I never once looked at it again.) 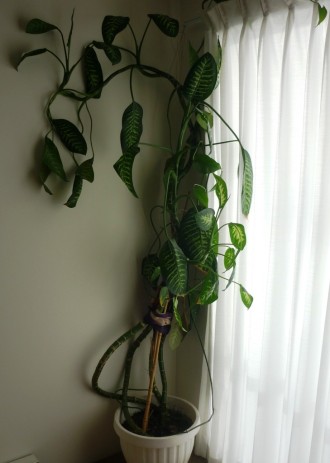 I might have managed to both finish my novel draft by April and to achieve more in general last year had it not been for a major unforeseen issue that arose along the way, namely my need to find a new place to live.

(To this day, I still don’t have all my pictures hung, nor have I pruned my giant cane plant or built the screen for my bedroom window, all of which I was meaning to have completed during the summer).

I did, however, get around to reformatting my hard drive.  Again, meant to be done in the summer and again, only just accomplished, not five days ago.

The power in an hour (plus the lack thereof)

I’m the kind of gal who likes to get things done.  I’m also a big-time planner (a big-time plotter as well, for that matter), and as such, am always on the lookout for a more effective method of setting and attaining goals.

One of my favourite methods to date is one I’ve written about before – that of Vancouver-based psychologist and psychology lecturer Dr. Randy Paterson, who draws a distinction between ultimate goals and intermediate goals.

Ultimate goals, he states, are large, long-term, and often life-changing.  They’re the sort of complex, many-step processes that are commonly named as New Year’s resolutions.

On the other hand, intermediate goals are the steps themselves that make up an ultimate goal.  Paterson says a good intermediate goal should involve only a single activity and comprise less than an hour of work.  It should feel as easy to do as not doing anything at all, and as a result, will lead to continued progress on the ultimate goal one unintimidating task at a time.

There’s a lot to like about this method.  It’s certainly helped me over the past three years, encouraging me to try to do one small thing every day in support of my larger goals, working particularly well when it comes to both writing and reading.

However, I’ve also come to realize that sometimes, an hour just isn’t enough – that eventually, there comes a point when an ultimate goal can’t be subdivided any further.

Once this happens, there’s really nothing else for it but to buckle down, pull yourself up by your bootstraps, put your nose to the grindstone, apply any other clichéd expression for solid, dedicated work you can think of, and give ‘er all you got until the job is complete.

It wasn’t through working in hour-sized intervals that eventually got my evaluation project finished.  Try as I might to do so, what actually got it done was putting aside five straight hours every Friday for six consecutive weeks.

It was a similar case with the reformatting of my hard drive.  After humming and hawing almost a year about the best time to do it (hint: when you use your computer every day, there is no best possible time), I woke up last Thursday – New Year’s Eve – and decided the time was now.  I then proceeded to spend six hours that day and four more the next removing and reinstalling software and settings.

The only real way to get something done is by just doing it.

And sometimes, the only way to just do it is in a single go – to make the commitment and the sacrifice necessary for such.

The only time we ever have to do anything is that which we make, and should we be so lucky as to come by extra time, we need to spend it wisely – to be constantly asking ourselves, is watching TV/surfing Facebook/playing mobile games/etc. really for the best?

(In my case, the answer to this might actually be yes given one of my ongoing goals, but you get the idea.)

In any case, I’m about ready to be done with these interminable projects of mine – to take on some new challenges and to finally feel like I’m really accomplishing something.  For my actual New Year’s resolutions, I’m setting two:

I will report back regularly on these pursuits on this blog.

And as for the rest of my goals and assorted to-do’s on my list, I’m going to look into setting aside larger blocks of time to put greater dents in them – to schedule that time if need be in a monthly or bimonthly work party of one.

What sh*t are you determined to get done this year?  Let me know in the comments.

10 thoughts on “What’s New for the New Year? (or, On My Ongoing Efforts to Get Sh*t Done)”